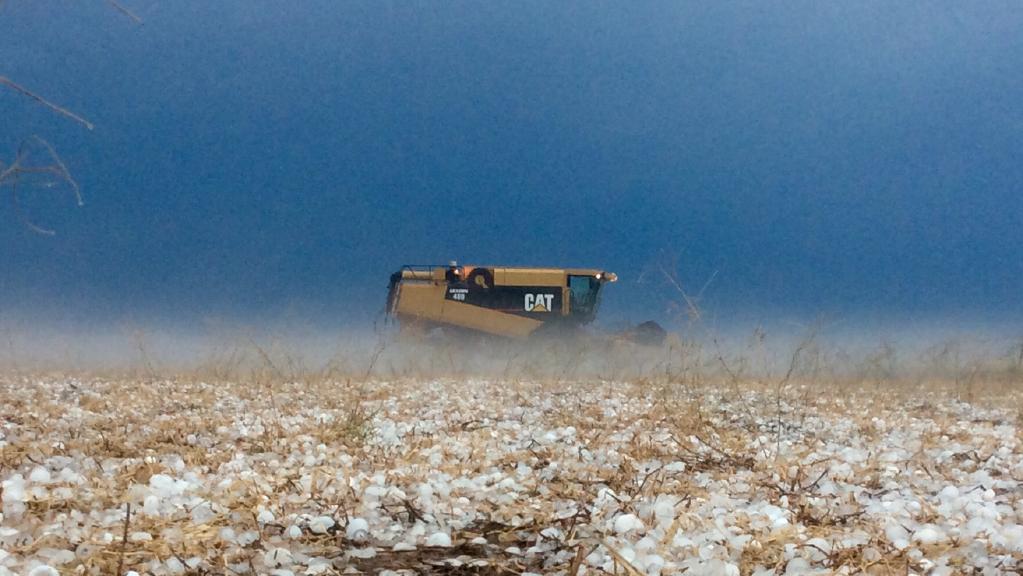 20.12.2016
GRAIN  farmers who had crops wiped out in storms near Mildura last month are harvesting what’s left of their damaged cereal crops.
A series of storms a month ago caused significant damage to horticulture and grain crops, plus buildings in the region. This has resulted in 28,000 insurance claims, totalling $193 million, which have been lodged after hailstorms struck the Mildura region, South Australia and southern NSW. Matt Curtis, who farms 25km west of Mildura, said hail affected about 75 per cent of his 2000ha of crops. He estimated about 1200ha of his cropping program suffered 90 per cent losses. “We have just started harvesting the worst of them. Some of the crops were still standing but there is nothing in the heads,” he said. He said the best patches of wheat he was harvesting this week was yielding about 0.5 tonnes/ha. He said the crops were insured, but this was the worst damage he had ever seen on his farm. Mr Curtis said the one paddock of cereals he harvested before the storm was yielding an average of 2.4 tonnes/ha. This is double their long-term average of 1.2 tonnes/ha and was “some of the best crops we every had,” he said. Mallee Sustainable Farming executive manager Stuart Putland, said damage among his membership group were worst in parts of the South Australian Mallee and near Mildura. “The damage varied from quite devastating to not much,” he said. Mr Curtis said one of the ongoing issues he would have to deal with from the storm, would be sowing next year’s crops with a disc seeder with the heavy stubble loads from crops on the ground. “The other issue is grain on the ground. We might have volunteers and potentially also have mice issues,” he said. Source - http://www.weeklytimesnow.com.au
EVENTS