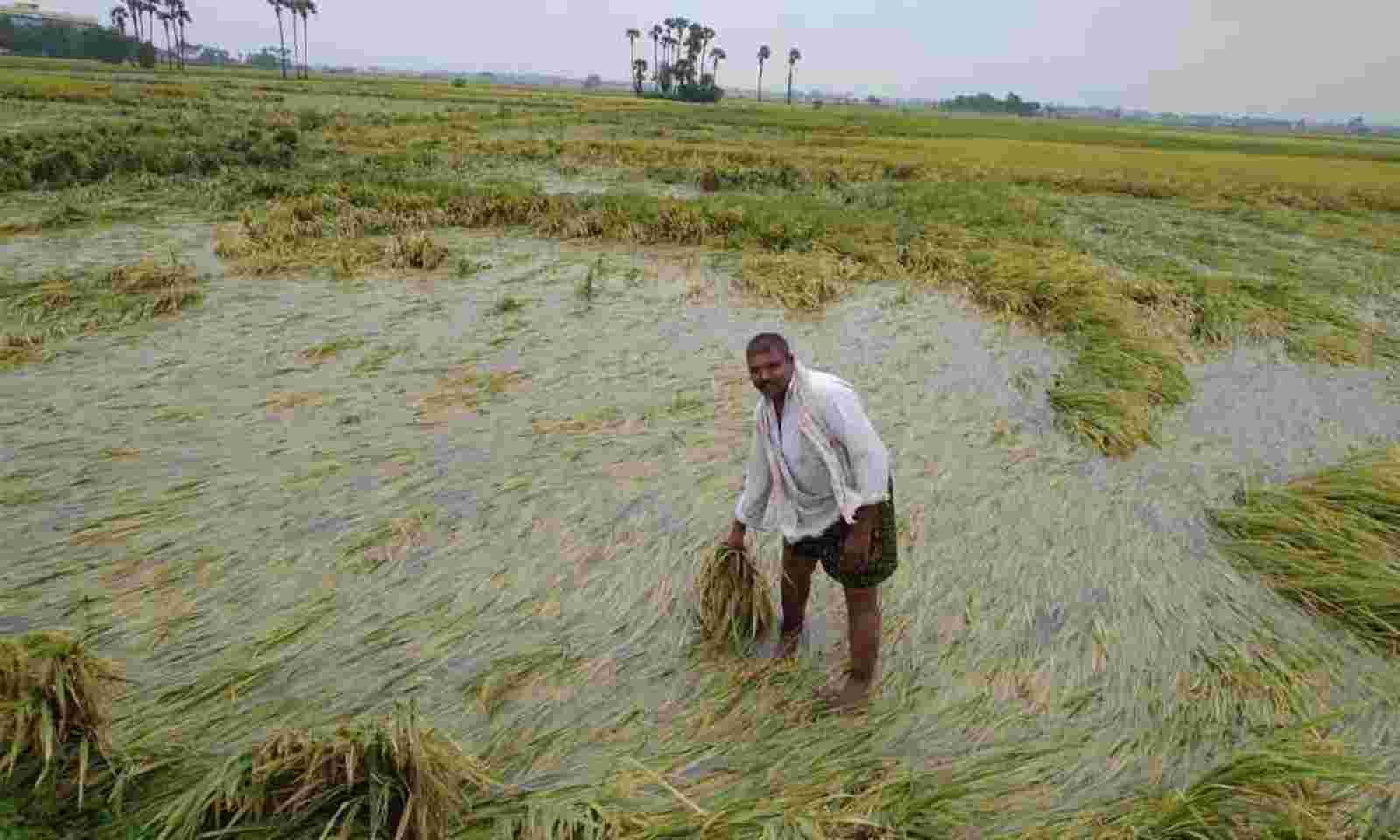 India - Crop loss in over 1.05 lakh hectares in Dharwad

According to an assessment made by the officials of departments of Agriculture and Horticulture, untimely rain has damaged chilli, cotton, Bengal gram, maize and paddy crops, apart from horticultural crops.

As per the initial assessment report, cotton in 11,616 hectares, maize in 4,213 hectares, paddy in 2,138 hectares, jowar in 755 hectares and wheat in 535 hectares have been damaged due to heavy downpour and incessant rainfall.

According to the report, floriculturists in Uppin Betageri, Mangalgatti, Kurubgatti have suffered the maximum loss. Marigold flowers which used to fetch Rs. 250 per kg have been totally damaged. A majority of farmers in these villages who opted for flower cultivation have incurred losses. Various flowers grown in more than 130 hectares have been damaged, the report said.

Meanwhile, Deputy Commissioner of Dharwad Nitesh Patil visited some of the fields in Kundgol, Dharwad and Hubballi taluks and to assess the ground reality.

He said that a joint survey by officials of revenue, agriculture and horticulture departments has been initiated to assess the crop damage. While rain has subsided, it has left behind a trail of destruction and a report on crop and property damage will be submitted to the government immediately, he said.