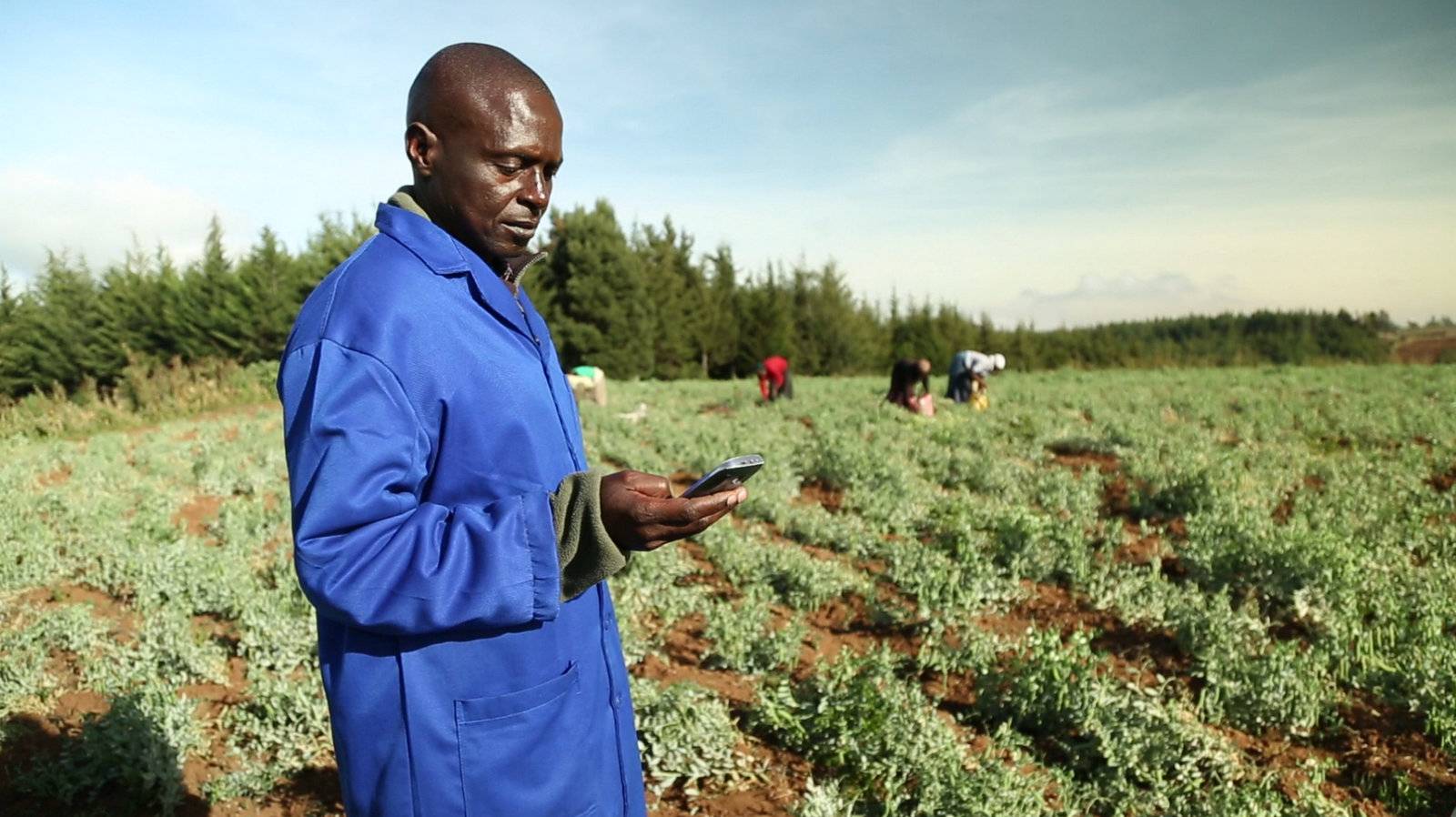 As the effects of climate change heighten the risks in agriculture and food production, the need to protect smallholder farmers has never been greater.

Those in developing countries, in particular, are disproportionately affected by adverse events such as bad weather, pests and crop and livestock diseases, as well as logistical problems. Yet few have the means to manage risk and cope with the shocks and stresses they face.

“Farming is risky; once you have insurance, you create a foundation,” says Goslinga, who grew up in Tanzania and previously worked in Rwanda. “Otherwise, you’re in quicksand.”

But agricultural insurance in developing countries, especially in Africa, is often inaccessible for smallholder farmers. Insurance companies need high-quality data to vet and underwrite products, while logistical problems make farms hard to reach. The costs of insuring crops are often too high for growers, and they regard the administrative process as too onerous.

This lack of risk mitigation erodes financial and food security, while making farmers hesitant to invest in new technologies or assets.

Pula, which raised $6m in early-stage funding this year, is harnessing technology and data to solve these problems. The start-up is using machine learning and historical weather and production data to offer ‘area-yield index insurance’ to growers. This type of cover bases payouts on the average yield of an area, so growers are paid if the average yield achieved in a season is lower than the insured yield. The method, coupled with data crunching, reduces the need for detailed surveillance by the insurer.

Pula provides insurance to farmers by bundling it with other products they need, such as seed, fertiliser, loans and pay-as-you-go solar products. Under this arrangement, the seed distributor or loan provider, for example — rather than the individual farmer — is the start-up’s customer.

The company also works with states and multilateral organisations, including the World Food Programme, the Central Bank of Nigeria and the Zambian and Kenyan governments, as well as development agencies, financial providers, commodity buyers, aggregators and mobile network operators.

Earlier this month, for example, Pula issued payouts to more than 800 corn farmers in Kirinyaga county in central Kenya, who had suffered yield losses as a result of drought and locust damage. Pula’s insurance was bundled with loans provided by Nairobi-based Apollo Agriculture, according to Elizabeth Thinwa, project lead at the insurtech business.

The payout covered outstanding loan repayments and compensated the farmers for their losses. The farmers went home with between $45 and $405 each after deducting any loan repayments, thus avoiding the risk of default and ensuring their eligibility for a loan for the following season.

The paucity of risk mitigation for farmers is not limited to developing countries, however.

Richard Counsell, a former marketer and software developer, experienced at first hand the impact of volatile prices while growing up on a family beef farm in Somerset, south-west England. Later, when working in Chicago in 2015, he saw a crash in milk prices devastate thousands of people’s livelihoods.

Hedging costs are too high for many family farms, and most agricultural commodities lack efficient futures markets, making risk management virtually impossible for the farmers unless there are subsidies from governments.

But Counsell wanted to find a way to provide lower-cost protection so, in 2016, he set up Stable, an easy-to-access online platform. “There is an enormous lump — about $5bn of agricultural products — [that is] effectively unhedgeable,” he says. “I asked myself, how does someone like my dad become comfortable in hedging?”

Stable uses artificial intelligence — for which Counsell sought help from experts at Liverpool, Harvard and Lisbon universities — to enable growers to choose how much production they want to insure, what price they want to protect and the period of coverage.

Referencing 7,000 agricultural price indices, provided by 60 private and public organisations from 70 countries, the platform quotes an insurance premium and the farmer can choose whether to pay that in a single sum or monthly instalments. “It’s like car insurance,” Counsell says.

This year, Stable raised $46.5m in early-stage funding backed by venture capital investors, and is now starting to work with food businesses in the US as well as farming organisations.

The company is also active in Malawi, where it is working with the Agricultural Commodity Exchange for Africa to help the banks that fund the trading to hedge their exposure. Meanwhile. in Colombia, Stable is assisting avocado supplier Green SuperFood Global to smooth out income volatility as it builds its export market.

Several other crop failure microinsurance initiatives are also under way to support communities vulnerable to climate shocks. Among its various agricultural insurance projects, the International Food Policy Research Institute — a Washington-based think-tank — has been looking at picture-based insurance. This enables farmers to use their smartphones to take pictures of their crops, which helps to minimise the costs of loss verification and makes crop insurance more accessible to them.

As a business segment, agricultural insurance for smallholders is still “a niche of a niche market”, says Goslinga. But the growing impact of climate change is underlining the urgency of promoting awareness. “The risks are increasing,” she warns. “We can see the volatility rising, and in the next five years we’ll see a dramatic rise in climate change impacts.”