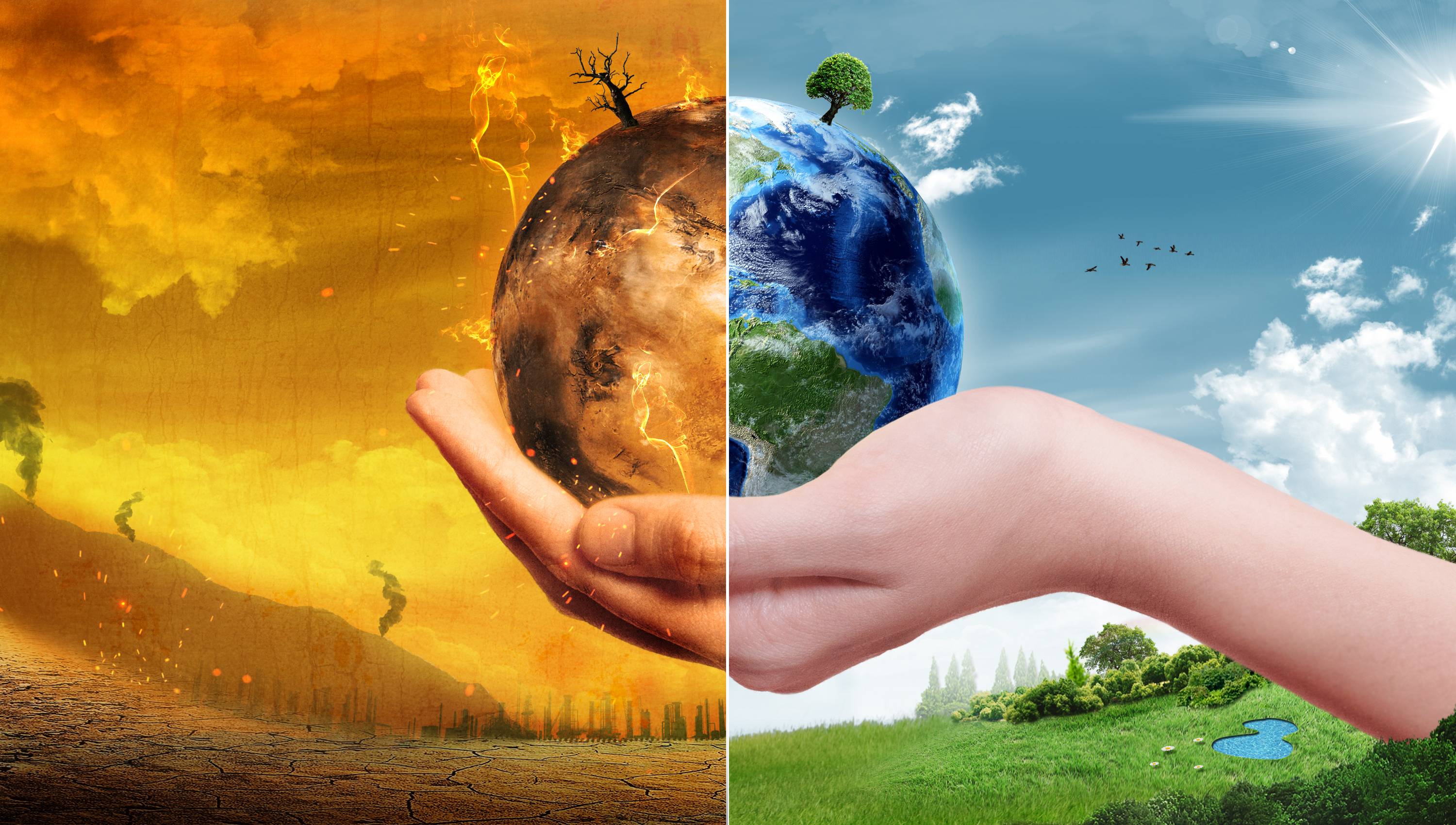 USA - Climate change is 'first and foremost' a health crisis

Working construction under the merciless Arizona sun, Eleazar Castellanos knew the signs that heat exhaustion was settling in.

On the days when the temperature would top 100 degrees, he and his coworkers would sweat profusely. Then came the cramps in their arms and legs, and the overwhelming urge to stop: take a break, get some water, cool down.

But they couldn't. Not if they wanted to get paid and return home to their families as breadwinners.

"Many of the employers don't understand, we need to have breaks, to have water," Castellanos said. "You don't stop, because you know if you stop, you stop getting money. We try to get it done whatever the situation is."

Count Castellanos is among millions. New research released Wednesday by a consortium of medical and public health experts finds that the number of Americans exposed to heatwaves continues to grow, with 2020 marking the second highest level of dangerous exposure since 1986.

But the research, led by the international health expert consortium Lancet Countdown and co-published in the United States by the American Public Health Association, doesn't stop there. Heatwaves and their ability to exhaust and kill are only one of many public health threats on the rise, they found, as climate change warms the globe and sends weather patterns haywire.

Droughts lead to crop loss, obliterating jobs and the means to access health care. Wildfires send plumes of toxic air pollution into the air, which can travel thousands of miles across the country and catch those suffering from other respiratory ailments off guard. Worsening pollen seasons further add to the stress for those with asthma and other conditions, spiking emergency room visits.

Most at risk are marginalized communities of Black, Latino, Indigenous and Asian Americans, who are disproportionately located near sources of pollution, or lack the means to protect themselves and access health care.

"Climate change is first and foremost a health crisis," said Dr. Renee Salas, an attending physician and assistant professor of emergency medicine at the Harvard Medical School, and lead author of the U.S. report.

Salas and colleagues who presented the findings this week say the U.S. and other nations have the means to head off the growing crisis by cutting emissions to slow down global warming and marshaling resources to protect against its effects.

Yet each of the 44 health indicators tracked in the new report have reached "code red," according to Jeremy Hess, a medical doctor and professor of public health and emergency medicine at the University of Washington.

"The trends are increasingly worrisome because they are persistent in the wrong direction."

The report arrives less than two weeks before the United Nation's 26th Annual Climate Change Conference begins in Glasgow, Scotland. Climate experts say the hundreds of countries in attendance must find a way to ratchet down their greenhouse gas emissions if they are to avoiding the most catastrophic impacts of climate change.

But Hess is already seeing catastrophe firsthand. In early summer, he treated patients suffering heat-related illnessesunder a heat dome that struck the Pacific Northwest. Some didn't make it, adding to a growing number of American climate casualties.

"This was the first year I can say confidently that I and my patients very clearly experienced the impacts of climate change," Hess said. "I saw paramedics who had burns on their knees from kneeling down to care for patients who had heat stroke, and I saw far too many patients die in the evening as a result of their heat exposure."

Scientists count heat exposure by the days. Each time a single American lives through a day of a heat wave, that's one day. If a heat wave hits New York City, it adds up to 8.42 million days of heat exposure per day, one for each resident.

Nationally, the number is growing. In 2020, there were 300 million more heat wave exposures compared to the typical amount just two decades ago. And that has led to more deaths.

Across the country, 92% of households have air conditioning, preventing about 48,000 heat deaths a year, according to the new report. But in the Pacific Northwest, that number drops to nearly 70%. In Seattle, less than half of homes have access to air conditioning, contributing to a spike of at least 600 deaths across the region during this year's heat dome, the study said, citing media reports.

The knock-on effects of All that heat adds to other the public health dangers. The number of wildfires nationwide peaked at approximately 80,000 in 2020, researchers found, an amount eight times greater than 2001. Tiny harmful air pollutants called particulate matter caused by the smoke enter lungs and increase the risk of heart disease, premature death, and preterm birth, along with worsening mental health.

In addition to the direct effects to the human body like heat stroke and disease complication, droughts create more suitable conditions for mosquitos that carry diseases such as West Nile Virus, hurt water quality and add to food and economic insecurity. and Dengue fever.

Droughts also decrease water quality and increase the risk of exposure to harmful algae, increase harms to the respiratory system, and contribute to depression and anxiety, the study said.

Authors of the Lancet Countdown's U.S. report not only highlighted the public health threats brought by climate change, but offered policy solutions they say can limit the damage.

The report urges a three-prong approach: slowing the bleeding by rapidly lowering greenhouse gas emissions, treating the symptoms by rethinking public health policies and resource allocation, and assisting those with the power to make such decisions by better helping them understand the costs and benefits of taking such actions.

But recent events have shown how difficult swift transition can be. Although the burning of coal for energy in the U.S. has halved from 2007, it still makes up 19% of the nation's energy supply and is the largest emitter of greenhouse gasses, the report said. Natural gas, another fossil fuel, makes up 40% of the supply. The use of renewables like wind, solar, and hydropower are growing but still make up just 20% of the energy mix.

The Biden administration hoped to put its thumb on the scales by implementing a $150 billion Clean Energy Payment Program to reward energy suppliers for transitioning to renewables and penalize those who stick to fossil fuels.

Hospitals and local government should prepare for unprecedented scenarios, the report's authors said. Already, some cities are taking action. Earlier this month, Phoenix became the first city in the United States to use public funds to hire a director of heat response and mitigation, the Arizona Republic reported, following a similar effort with private funds in Miami.

For Castellanos, the former construction worker in Arizona who now trains workers on federal workplace safety policies with the nonprofit Arriba Las Vegas in Nevada, the urgency for change remains clear. Federal and state regulators under the banner of the Occupational Safety and Health Administration need to better enforce workplace safety, he said.

But everyone needs better education to bring heat illness and the other health impacts of climate change out of the shadows.