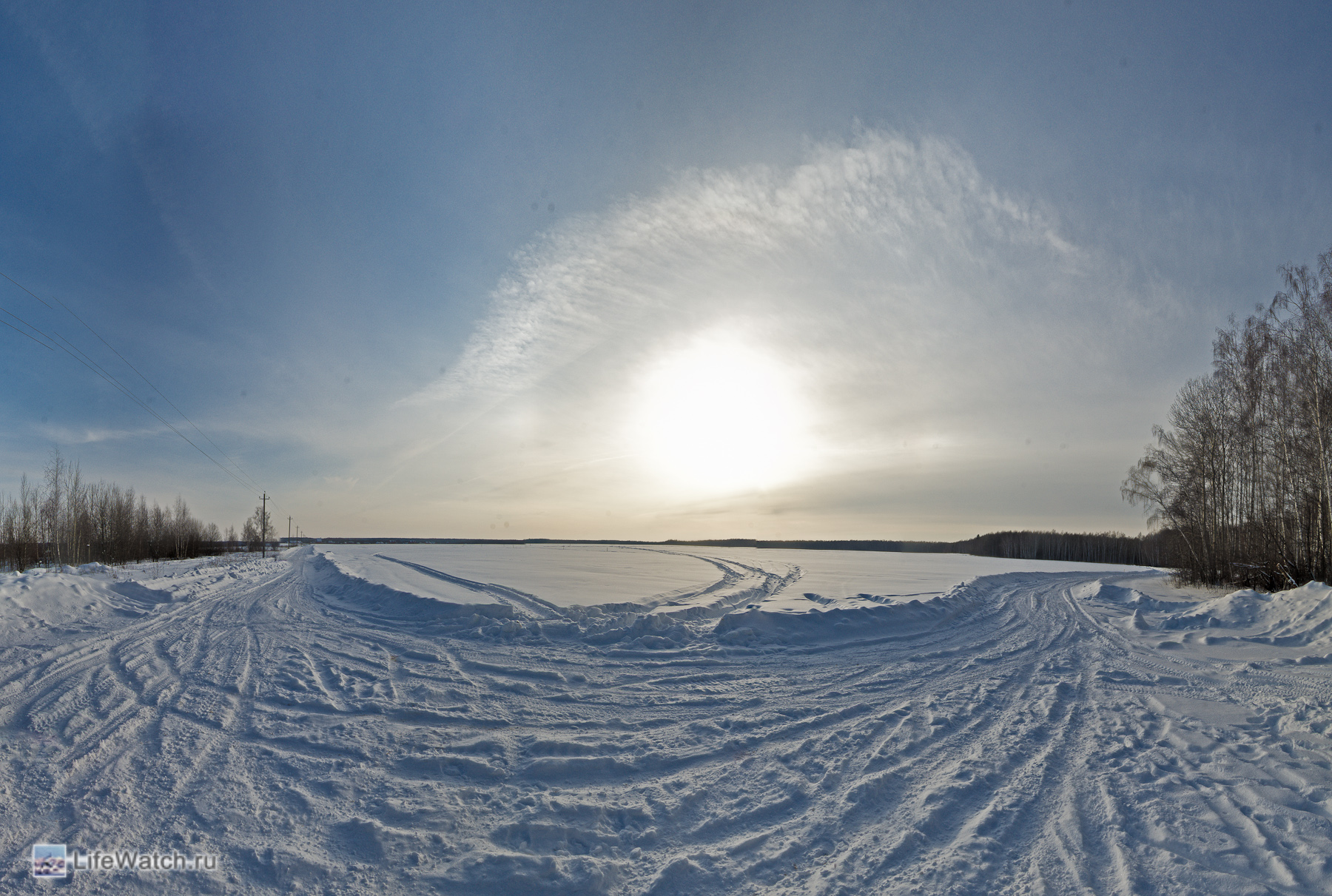 01.11.2019
Trevor Daymond had a smile on his face, probably because it wasn’t raining, snowing or sleeting. On a calm and sunny afternoon in late October, Daymond was combining a field of soybeans on the north side of Highway 2, about 10 kilometres west of Cypress River. “This has been the driest we’ve been in two months,” Daymond said, while standing in front of his combine header on a field with a higher elevation than the surrounding land. The last seven weeks have been extremely challenging for Daymond and most farmers in Manitoba. Persistent rains in September and 25 to 50 centimetres of snow before the Thanksgiving weekend delayed or halted harvest. While the weather was pleasant Oct. 24, Daymond was one of the only producers in a combine between Winnipeg and Wawanesa, Man. Most of the corn, soybean and canola fields were saturated with water and too soft to support combines and trucks. In other fields, combining wasn’t an option. Wet snow had completely flattened crops like canola, oats and wheat. That happened to 1,200 acres of Daymond’s wheat. “I think our wheat is going to be a write-off. The snow just pushed it (down) right to the ground. It’s flat. We’re hoping to get some straw (from the wheat) for a friend of ours,” he said, adding his farm has received about 250 millimetres of precipitation over the last eight weeks. One of his canola fields was also flattened. It will be difficult, likely impossible, to harvest anything from that patch of land. Daymond also has 160 acres of potatoes that may remain in the ground. The field is too muddy for digging and at a temperature of -7 C Oct. 24, some of the spuds likely froze. Despite his troubles, Daymond, who farms with his wife, Wendy, and son, Justin, feels they’re better off than other growers in the region. “There are guys who are north and west of Carberry, they have had (incessant) rain since August,” he said. Across the province, as of Oct. 25, about two million acres were not harvested. Most of that is corn and soybeans. A large chunk lies in southwestern Manitoba, where 40 to 50 percent of the crop is still in the field. “The land is so saturated, you cannot travel on fields,” said Bill Campbell, who farms near Minto, Man. “There will be crop not harvested this year.” The unharvested crop is a problem for grain and livestock producers, added Campbell, president of Keystone Agricultural Producers. 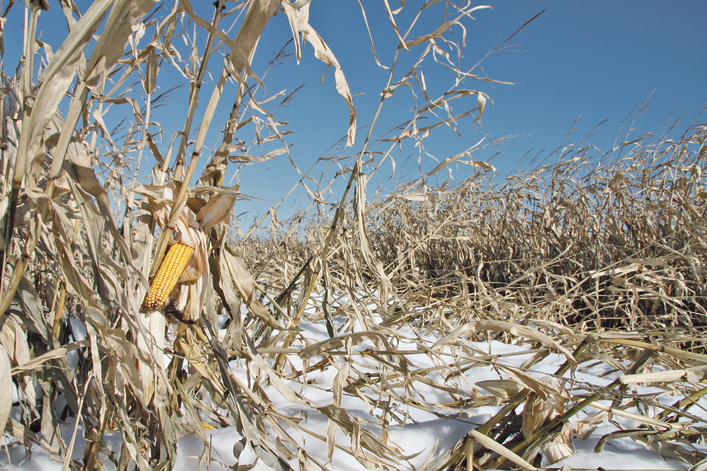 Two weeks after a major snowstorm, snow can easily be found in corn fields in south-central Manitoba. This patch of corn may not be harvested this fall, but frozen soil should allow producers to combine other corn fields in November. | Robert Arnason photo

“Corn silage, virtually none is done in our area…. Guys are looking at 50 percent of their (winter) feedstock still out in the field,” said Campbell, who hasn’t combined his crop of oats, which he normally uses to feed cattle over the winter. Cash flow is also a problem for many producers. Manitoba Agricultural Services Corp. (MASC), the provincial crop insurer, only pays out claims after a farmer combines the crop or destroys it. So, some producers may not see a payment until the spring. “If crop insurance can’t write these off until May, how are we going to get to May?” Campbell said. “I think I’m (most) concerned about paying our bills from (2019).” MASC is aware of the cash flow crunch. “We are going to (try) and make as many payments as we can this fall,” said David van Deynze, MASC vice-president of innovation and product support. “We’re going to try to move money as quickly as we can.” But MASC still expects farmers to try harvesting their fields. “Our role is to figure out if there is harvestable production or not,” van Deynze said. “The wheats and the canolas, they are certainly damaged and not in the state that farmers would want them to be in. But in our minds … they’re not a complete loss. At least not yet…. Maybe we can’t get them today, but with some frozen ground and a little bit of drying, maybe we can get them.” When it comes to corn and soybeans, MASC is reluctant to pay out claims in the fall because those crops can survive winter. “We don’t think it’s panic time, yet, for these crops,” Van Deynze said. “We’ve had beans harvested in the spring that have stood up really well…. Depending on snow cover and everything else, we don’t think soybeans are automatically done because they (have) gone out over winter…. (But) the winter might change that, in any given year.” Source - https://www.producer.com
EVENTS