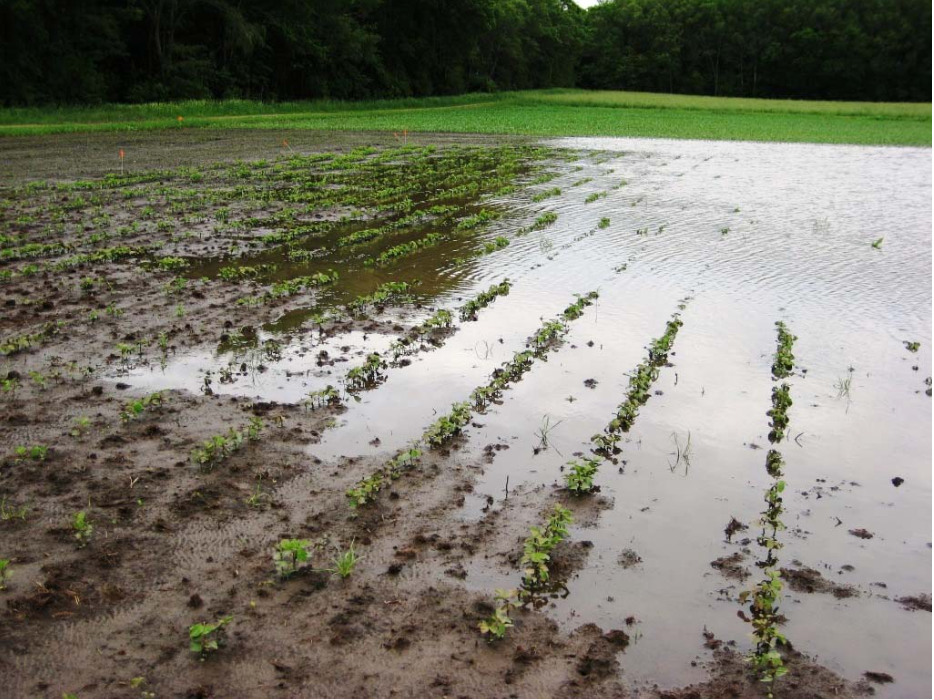 Crops delayed getting in the ground, or growing slowly, greenhouses also affected

“You’ve seen the weather, you physically just can’t drive (farm equipment) on the ground.” - Philip Keddy, Charles Keddy farms. The weather has been pretty miserable for anyone who has taken time off in the past couple of weeks. But it’s particularly bad for the people who never take vacation at this time of year: farmers. The lack of sun and warmth and the excess of rain is causing havoc for farmers who need to get crops in the ground as well as those who have already sown the fields. Some say the weather has set them back up to four weeks. Philip Keddy, of Charles Keddy Farms in Kings County, who is also president of Horticulture Nova Scotia, said he has two or three days left to get strawberry plants in the ground for them to be ready to be dug up and shipped to Florida on Sept. 20. “Normally we’d be done two weeks ago,” he said.
“I don’t have time to wait. They have to grow every single day until they’re harvested,” he said Tuesday. “Every day like today I’m losing yield. I have a window (for harvesting to ship south) that I have to follow no matter what.”
He said many farmers he has talked to have similar stories of delays. “Everything is definitely running two-to-three weeks behind,” Keddy said. “You’ve seen the weather, you physically just can’t drive (farm equipment) on the ground.” He said he harrowed a piece of land Saturday night until 11 p.m. to get it ready for planting the next day, “and by Sunday night when they were finishing, it was raining again. We’re just getting these short little windows of opportunity.”

Getting out on the fields depends on the type of soil being farmed. Sandy soil will dry out and drain faster than soil in other areas, he said, meaning the end of precipitation is still followed by two to five days of not being able to put the machinery in the fields depending on how much rain has fallen. Working heavy farm equipment in the fields when they’re wet means compacted soil, which lets rain run off instead of soaking in for the rest of the year. Or, it could change the lay of the land and cause waterlogged areas where water can’t drain off. “You’re creating problems that you have to deal with for the rest of the year,” Keddy said. He said there were a couple of half decent weeks rain-wise that allowed a lot of the onions, carrots and potatoes to get planted, but those things that need warm soil — such as corn, soybeans, and transplanted vegetables — are behind. “My (sweet) potatoes are going to get cut in the U.S. next week, and I haven’t even touched a field to make a hill because it’s just too wet. We’re just all pushed against the timelines because there’s not enough good days in a row.” But even if the rain stops and the ground dries, farmers still need some heat, Keddy said. Farmers may have a lot of their crop in, “but it has hardly grown a bit in the past three weeks because the soil temperature has been so cold since back in April,” Keddy said. “People are planting stuff, but nothing is growing at the speed that it should because the soil is so wet and cold.” He said onion and potato farmers are losing yield because they can’t extend their season in the fall without risking frost damage. “Every day now that it’s cold, wet and crummy, they’re losing yield.” Even greenhouse operations are feeling the pinch. While they don’t worry about the rain, the lack of sunshine is becoming an issue. “A one per-cent loss in light is a one per-cent loss in yield,” said Luke den Haan of den Haan Greenhouses in Annapolis County. He said there hasn’t been enough light over the past few weeks. “The only thing we can’t control is the light levels,” den Haan said. Every week that there isn’t enough light “we lose yield and we don’t get it back,” he said. “You just don’t get the production or the kilos.” The greenhouses produce tomatoes and English cucumbers, but lack of light creates peaks and valleys in production, which affects how much they can ship out to customers. Den Haan said the greenhouse can maintain its production level when it receives 1,000 joules of light a day, and gets 3,000 on a bright sunny day. On days like Tuesday, May 21, only about 200-300 joules reach the plants. Source - https://www.thechronicleherald.ca/
EVENTS