An international research team has confirmed the presence of Tropical Race 4 (TR4, Fusarium odoratissimum, previously known as Fusarium oxysporum f.sp. cubense) in Cavendish banana plants in Colombia. TR4 is the cause of Fusarium wilt, also known as Panama disease in many banana varieties. The findings are published in an open-source article in the journal Plant Disease.

The publication is the formal scientific confirmation that this devastating strain has reached South America, a region where banana is a very important crop both economically and socially. TR4 reached the region despite major efforts by governments and the banana community to prevent its dissemination to South America, which underscores its imminent threat not only to Colombia but to the entire region. 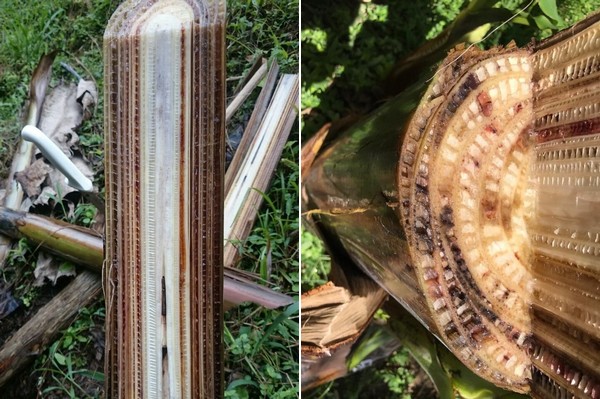 The threat of TR4
TR4 is a strain of a banana plant-killing fungus that causes Fusarium wilt, also known as Panama disease, which is a soil-borne disease. The Cavendish banana variety which dominates the world market is very susceptible to TR4. As infested fields disable Cavendish-banana cultivation for decades, measures have been taken to stop or reduce the dissemination of TR4. Nevertheless, it has already destroyed thousands of hectares of banana farms across all other continents.

TR4 has now been identified for the first time in South America, an important banana-producing region. Due to the economic and social importance of this development, Colombia declared a national emergency on August 8th after laboratory results confirmed the presence of the fungus. The Colombia Agricultural Institute (ICA), a federal agency overseeing agricultural health in the country, says that about 175 hectares of farmland have been affected so far. 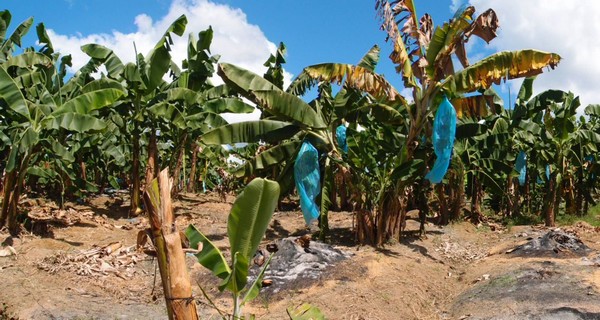 Diagnostic research
In June 2019 the first Panama disease symptoms were found in two banana farms in the department of Guajira in the northeast of Colombia. After the initial suspicions were reported, the Colombian government initiated and carried out a thorough analysis of these farms. This research was led by ICA in Bogotá, which requested the support of Fernando Garcia-Bastidas, banana breeder and Fusarium disease expert at KeyGene in the Netherlands. Garcia-Bastidas travelled to Colombia to coordinate the diagnostic assays and collect samples.

The diagnostic analyses involved two different DNA tests on random samples from suspicious plants. One that is already on the market for 10 years and the LAMP diagnostic, which was just published in the journal Plant Pathology. The results indicated that the farms could be infested with TR4. To confirm these findings, additional tests were carried out in the Netherlands – at Utrecht University, Wageningen University & Research and KeyGene. This research was coordinated by Garcia-Bastidas and involved both DNA analyses and pathogenicity assays.

DNA-sequencing of three isolates confirmed that they belong to the Fusarium odoratissimum TR4 lineage.

In the pathogenicity tests, Cavendish plants were screened with these Colombian isolates. The strains all caused the characteristic external and internal symptoms of Panama disease. Plant tissue samples were then taken for diagnostic analyses, which confirmed the presence of TR4 in the affected plant tissue. Collectively, these analyses provide final proof that TR4 has indeed reached Colombia. 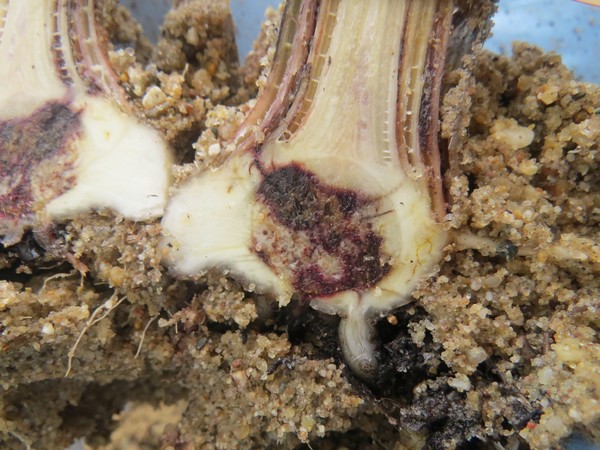 The authors would like to thank all those who made a valuable contribution to the research and the scientific publication, as well as the government officials involved. They are also grateful to the team of specialists at the Colombian Agriculture and livestock Institute, ICA-National headquarters and the diagnostics laboratory, especially Anamaría García, Walther Turizo, Emilio Arévalo, Jorge Palacino, Jaime Cárdenas, Alejandra Castro, Oscar Dix, Carlos Andrés Palacio and Deyanira Barrero. Cor Schoen and Yvonne Griekspoor of Wageningen University and Research actively worked with the LAMP diagnostic to streamline sample analyses.

Future perspectives
Activities are being undertaken around the world to stop TR4. In the Netherlands, KeyGene and Wageningen University & Research play an active role by developing TR4-resistant banana varieties, improving banana diversity and developing management strategies, in collaboration with research institutes and various companies.

India - Government to give 75% on the death of your animal