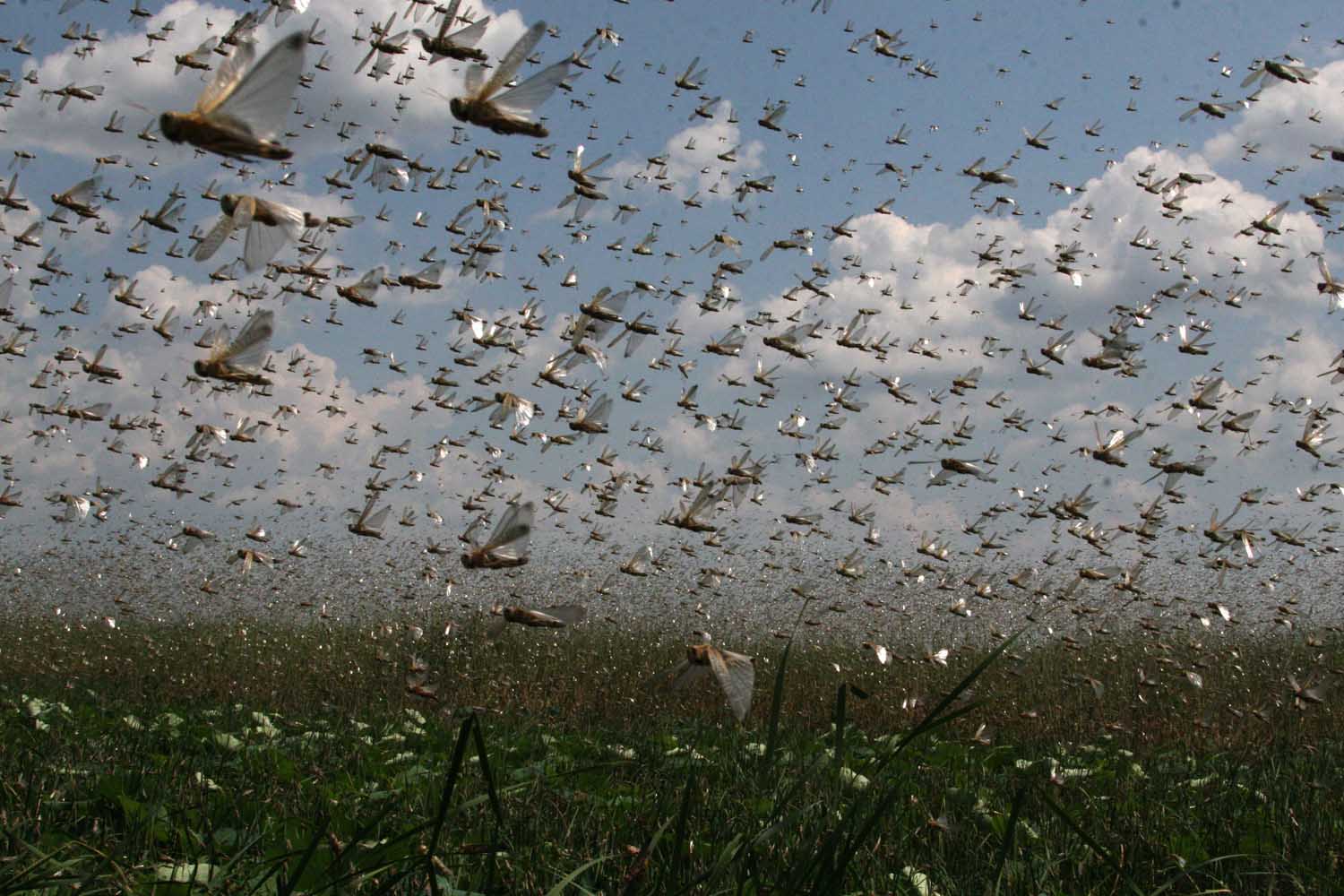 Italy - Worst locust invasion in Sardinia for more than 60 years

14.06.2019 127 views
Millions of locusts have invaded the Italian island of Sardinia, with the province of Nuoro the worst hit. This invasion was the worst infestation in nearly 60 years and was devastating to both livestock and crop farmers. The swarms have destroyed crops and an estimated 2 500 ha of grazing land, while houses in the region have also been infested. The Italian agricultural organisation Coldiretti has called on the Italian government for assistance. “We are walking on locust carpets,” the organisation said in a statement. Spokesperson for Coldiretti, Michele Arbau, expressed concern that this year’s crop could not be saved, but said preventative measures needed to be put in place to ensure the security of next year’s crop. “We had droughts in 2017 and a lot of rain in 2018, the ideal climate for locusts to emerge from fallow land and then move to cultivated fields to feed,” she said. “There is nothing we can do about it this year.” Locusts usually appeared on this Mediterranean island in the summer months between June and August. Traditionally, the cultivation of land for crops had discouraged the insects from laying their eggs in autumn and thus prevented maturation in summer, Arbau said. Locust expert at the UN Food and Agriculture Organization (FAO) of the United Nations, ‎Alexandre Latchininsky, who is based in Rome, said the organisation was yet to identify the reason behind the increase in locust numbers this year. Latchininsky added that once the insects had devoured all the fodder on the island, they could move on to feeding off other crops, such as grapevines. Farmers had yet to see the full impact of the infestation, but had already been forced to bring in hay supplies from other regions in Italy. These additional supplies were increasing the cost of production for farmers, and in addition to the loss of crops, this would have a devastating impact on the region, Arbau said. Source - https://www.farmersweekly.co.za
EVENTS