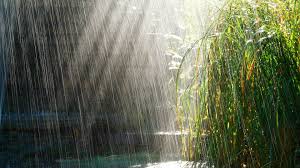 07.09.2018 138 views
Floods caused by monsoon rains damaged PHP1.3 million worth of rice fields in San Enrique town in southern Negros Occidental. A report of the Office of the Provincial Agriculturist (OPA) as of Sept. 6 said the damage was reported by 59 farmers cultivating 95.76 hectares in three barangays. Almost 92 hectares of the affected crops are in vegetative and reproductive stages. Last month, flood-hit rice farms in nearby Hinigaran town incurred losses of almost PHP4.8 million, affecting 264 farmers with combined areas of about 286 hectares. The affected farms are mostly in the seedling stage while others are in the seedling, vegetative, reproductive, and ripening stages. In July, monsoon rains enhanced by Tropical Depression Henry brought production losses of PHP3.279 million to the province’s rice sector, affecting 506 farmers in combined areas of 568.27 hectares. During the period, San Enrique reported PHP851,940 in rice production losses suffered by 56 farmers, covering 100.46 hectares, in four barangays. Also, a total of 181 farmers in three barangays of Hinigaran posted PHP519,750 worth of damage in 192.5 hectares of rice farms. For the month of July alone, Bago City, dubbed the “rice bowl of Negros Occidental” due to its vast rice plantations, was the worst-hit, with losses amounting to PHP936,038. Affected were 59 rice farmers in the city’s four villages, covering 86.42 hectares. The OPA, headed by Provincial Agriculturist Japhet Masculino, continued to encourage uninsured farmers to avail of crop insurance to help them recover from production losses brought about by calamities. Negros Occidental has been partnering with the Philippine Crop Insurance Corp. since 2011 in the implementation of the Negros First Universal Crop Insurance Program. Enrollment premium per cropping season is PHP840. Enrolled farmers may avail of the PHP17,000 claim per hectare of damaged farms, as well as insurance worth PHP50,000. Source - http://www.pna.gov.ph
EVENTS