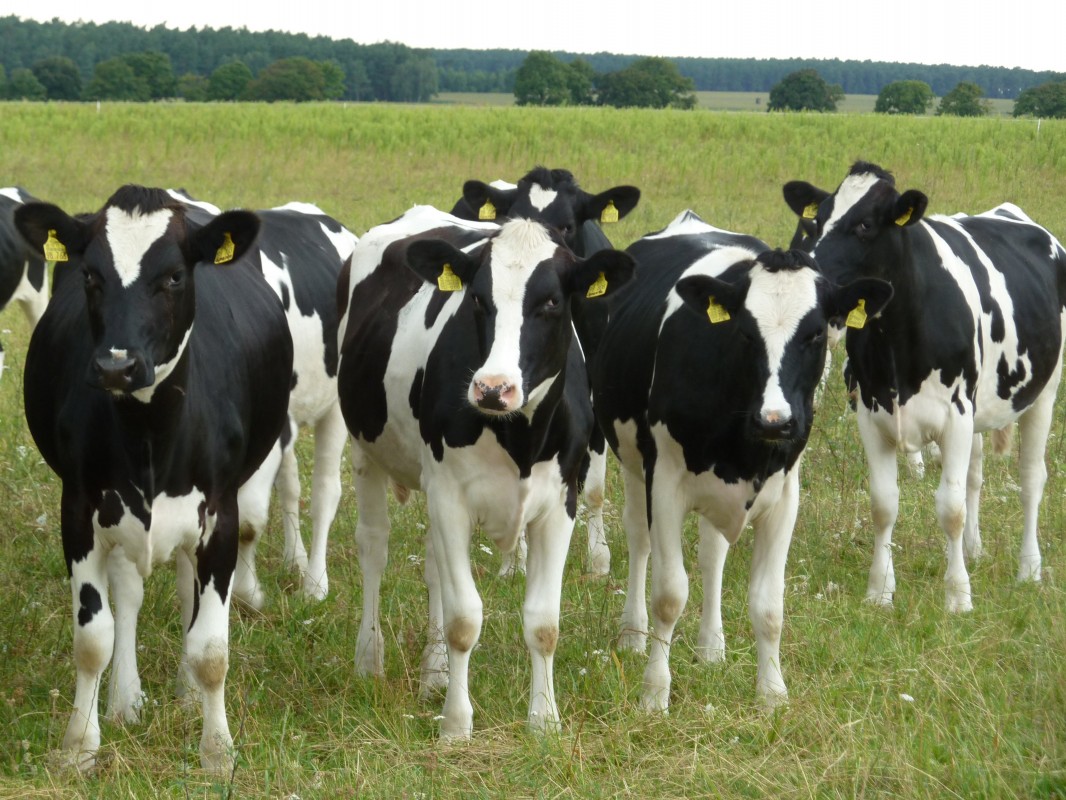 28.09.2020
Livestock farmers in Lyantonde district have appealed to the Ministry of Agriculture, Animal Industry and Fisheries to combat an outbreak of a strange disease in cattle. Dr Ronald Bameka, the district veterinary ofﬁcer, said the rare strain has killed more than 300 head of cattle. According to Bameka, the disease was ﬁrst reported in April when several farmers lost cattle. The areas where it was prevalent at the time are Kaliiro village, Lyantonde town council and the sub-counties of Mpumudde, Lyakajula, Kansagama and Kinuuka. Bameka said the disease has similar symptoms with black quarter disease, an acute and infectious disease. He said an animal suffering from the black quarter disease presents with inﬂammation in the rumen, as well as the skeletal muscles.
He added that when the disease advances, the infection blocks blood ﬂow in the veins and, eventually, kills the animal within 24 to 48 hours from its onset. Although the disease is suspected to come from contaminated pasture, Bameka said they are still carrying out studies to establish its actual cause.

Bameka said the disease can easily be contained through vaccination of animals of six months and above, annually. He added that livestock farmers are also advised to burn the top layer of the soil, in addition to sprinkling lime over a carcass at burial. He further argued that people who eat meat got from the sick animals risk contracting the disease. He warned the people he called bad-hearted butchers, who usually buy the sick cows, slaughter them and sell the meat to unsuspecting members of the public. "The disease is transmissible and can lead to death in both human beings and animals, just like the Congo Crimean haemorrhagic fever. "Therefore, the livestock farmers and meat consumers should be cautious, to avoid contracting it," he said. He said several farmers have reported the death of their animals and the district veterinary department is yet to ascertain the extent of the loss. Joy Nyareeba Rugasira, one of the affected residents in Kinuuka, said she has so far lost 25 cows, mostly the calves. Nyareeba said she currently has 180 cows which have not yet contracted the disease. "Vaccination is the best alternative to saving my livestock, but it is expensive to vaccinate animals without government support."

Each cow costs sh3,000 and the larger the number, the bigger the cost she explained that the counterfeit vaccines and sprays on the market have caused more animal deaths and loss of money. According to Bameka, there is some improvement due to private vaccination. He advised livestock farmers to bury carcases or even burn them, to lessen chances of transmission. He added that government came in to help with vaccination of cattle against some diseases, such as the foot-and-mouth disease, the contagious bovine pleuropneumonia in cows and rabies in cats and dogs. For the vaccination against the foot-and-mouth disease, he said, each cow is costed at sh2,000 while for goats, it is sh1,500. Pasts outbreaks In September 2018, rift valley fever broke out in Kitazigolokwa village (Katovu parish) and Mityekula village (Kasagama), killing at least 11 people in two months and leaving dozens admitted in health centres. Some of those who died are Ponsiano Kamugyendera, Zavelio Ssekalunga, Dan Karyogo, Ponsiano Mwesigye, Isma Nzugerwa and Abel Samusooni. They were believed to have consumed meat from infected cows, sheep or goats. He added that two other patients died after referral to Mbarara Regional Hospital.