The WAPA statistics for the Northern Hemisphere apple and pear stocks have been released, and for the US the total apple stocks have decreased by 11.8% when compared to the previous year. Cosmic Crisp was a newcomer in 2019 and has since seen a whopping growth of 433% this year. Total pear stocks in the US have been similar to 2019, however Concorde has been the biggest winner, with 38.2% more stocks right now compared to the same period last year, and Seckel coming in as a close second. On the other side of the coin, there are 26% less Comice pears in stock this year. 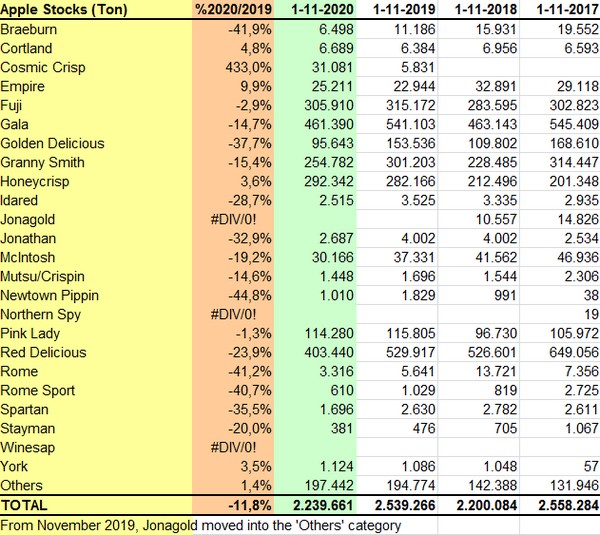 Some European countries are struggling in terms of stocks, as Belgium and Spain have at least 30% less apple stocks this year compared to 2019. Belgium does a lot better when it comes to pears this year, seeing a growth of 23%. As there were no stats for massive apple producing countries like Poland and Italy in 2019, it’s difficult to say whether there has been growth for the total European apples and pears, but we can see that Poland has slightly lower stocks than the country had in 2018.

India - Efforts on to get crop loss relief, insurance benefits