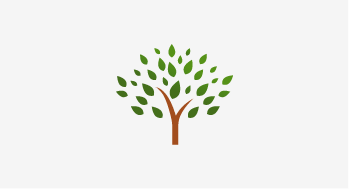 13.06.2019 258 views
Amid the hot weather baking much of California this week, the spate of rain and hail that hit the state last month may have faded from memory—but not for farmers who continue to tally damage from the spring storms. Farmers, pest control advisers and agricultural commissioners report damage to crops including onions, tomatoes, cherries and cotton, either directly from hail or as a result of diseases brought by wet weather at an inopportune time. Jeff Rasmussen, an agronomist and pest control adviser in Kern County, said the level and progression of disease onset this year is nearing historic levels. "You're seeing the downy mildew taking over in the onions," especially in organic fields, Rasmussen said. "Now, there's so many fields of organic here in Kern County that you're just seeing whole fields go down." Catalino "Tito" Martinez, who farms south of Bakersfield and serves as president of the Kern County Farm Bureau, has conventional and organic operations and noted a stark difference in damage levels. "We are seeing more issues on the organic side due to the limited amount of materials that combat these type of diseases," Martinez said. Processing tomatoes have also taken a hit; Mike Montna, president and CEO of the California Tomato Growers Association, estimated 16,000 acres of tomatoes have been affected to some degree. "A portion of those acres will be abandoned, and I think the rest are really being evaluated as to what the impact will be," he said. "It's really too early to tell." At least two counties in the San Joaquin Valley may seek a disaster declaration for their cherry crops. Steve Schweizer, deputy agricultural commissioner in Kings County, said cherry damage information is still being processed but he thinks a declaration will be made. His Fresno County counterpart, Fred Rinder, said the county likely will meet the 30 percent threshold for a disaster declaration. In Kern County, cherry damage information is still being gathered and a decision has not yet been made, Agricultural Commissioner Glenn Fankhauser said. "We really want to make sure that we have as much grower input as we can, so that we can make a good, sound declaration," Rinder said. "We're not complete yet." Although Fresno County cotton and tomatoes took a hit, Rinder said he doesn't think disasters will be declared for those crops. "It was probably bad for the guy that happened to be underneath that particular cloud, but overall for the entire county, I don't think any other crop's going to hit that 30 percent," Rider said. "Mainly, it's because of the volume. We don't have a tremendous amount of acres of cherries, but we do have a lot of acres of processed tomatoes. We have 80,000 acres of cotton. And so for 30 percent loss, it's going to have to take a lot of acres." Cotton was already off to a slow start due to the cool spring, said Roger Isom, president and CEO of the California Cotton Growers and Ginners Association in Fresno. The current damage estimate involves 3,000 to 5,000 acres, he said. "There are some fields that are just basically going to be disked under and forgotten about for this year," Isom said. "But even if it's 5,000 acres, you're talking about, this year, roughly a 260,000-acre crop, so it's somewhat limited." For cotton that escaped storm damage, this week's warm-up represents good news. "Cotton loves the heat," Isom said. "We like that it's warming up now." In addition to bacterial-speck issues in tomato plants, other crops are seeing rain-related issues, said Jaspreet Sidhu, a University of California Cooperative Extension vegetable crops advisor in Kern County. "In watermelons, we have seen a case of measles," Sidhu said. "It's due to excessive moisture in the soil." With warming temperatures, "the plants will overcome it," she added. "It's not going to do any damage to the fruits." Sidhu said bell peppers have shown some scalding issues. "The plants didn't develop properly due to the weather fluctuations this year, so they have less canopy," Sidhu said. "Because of the less canopy on the plants, they're getting more sun." The scalds render the peppers unmarketable, she added. Kern County farmer Martinez said he'd like the state Environmental Protection Agency and Department of Pesticide Regulation to take weather problems and disease outbreaks such as this year's into account when regulating crop-protection materials. "With the crops that we grow in this valley and the importance of this valley, we need to make sure that we have the tools in our toolbox to be able to combat these diseases and insects," Martinez said, noting that the state had moved last month to ban the insecticide chlorpyrifos. "If not, before they ban something, we need to make sure that we have a replacement item and give farmers the tools. We can't just get rid of something." Rasmussen said that, as a PCA, "my job is to manage the pest." "I'm not going to control Mother Nature," Rasmussen said. "She's going to allow me to manage, and hopefully save the crop and use safe materials that are safe to our environment." This, Rasmussen said, represents the challenges of integrated pest management. "Most years, it's OK, and you can get by," he said. "But in years like this, there's significant losses, and people need to understand that." Even with all the side effects, Martinez said he remains thankful for the wet winter. "We're blessed to have the rain that we did get, and to have the amount of water that we ended up getting this season," he said. "Unfortunately, as we are so diverse within the valley, it's pretty hard not to have issues when you have such a wet season like we did." Source - https://www.freshplaza.com
EVENTS