However, high concentrations of greenhouses are also located in Nebraska, Minnesota, New York, and other States that are not traditional market leaders. Among the benefits that greenhouse tomato producers can realize are greater market access both in the off-season and in northern retail produce markets, better product consistency, and improved yields. 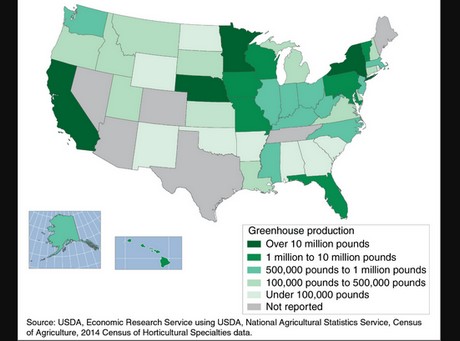 EVENT UPDATE: AgroInsurance Conference will be held on October 4-6, 2021