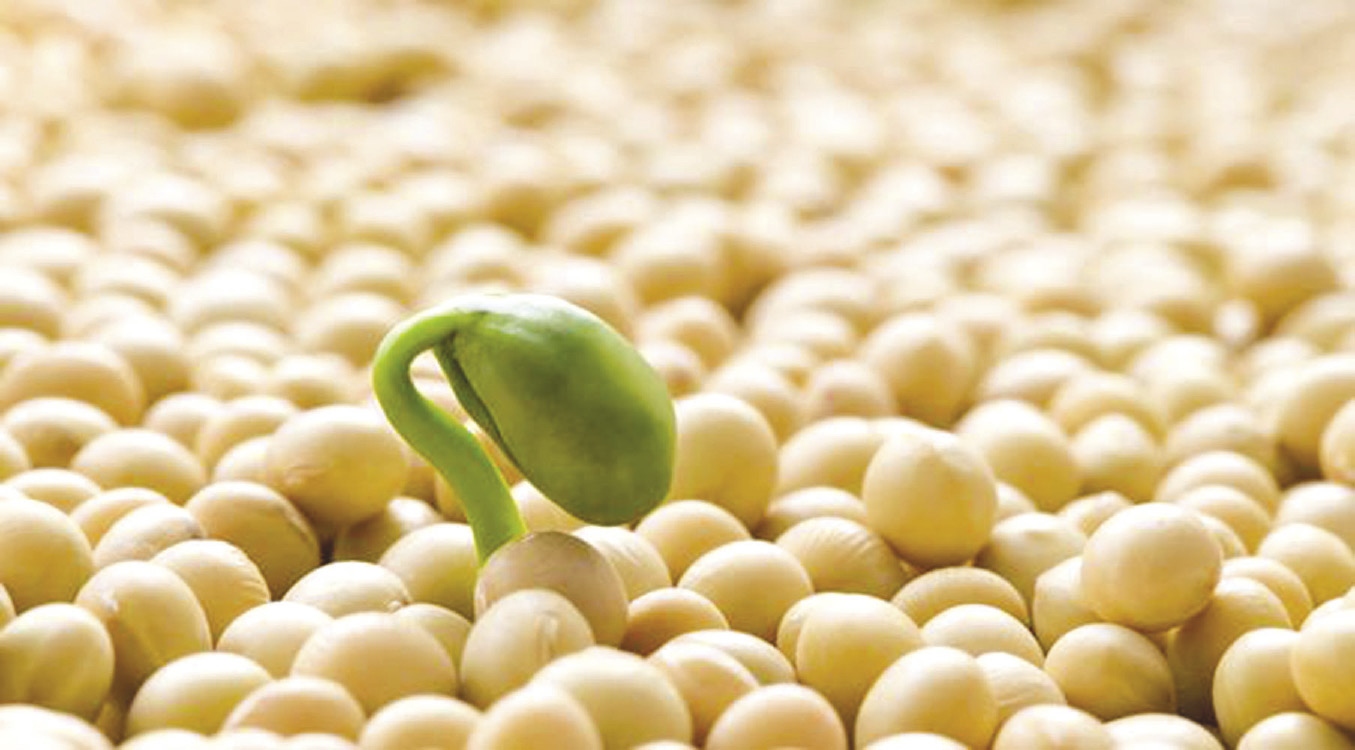 28.07.2021
The “Dome of Doom” lives on. This the high pressure system is centered in the Corn Belt and has been for well over a week. The forecast today has surged back to warmer and drier in the 14-day forecast, and it’s quite obvious the Dome has not subsided at all. In fact, it’s established itself smack dab in the middle of the Corn Belt, and is spinning rainfall off it (in other words, out of the Corn Belt) and into the west, east, and south instead). That will provide a great challenge to soybeans; essentially, the U.S. soybean yield is for the next five weeks at risk of significant yield loss. Yesterday, the weekly crop progress revealed a rapidly declining soybean crop, with a 2% decline in the G/E category (to 58%) and a 0.29 bu/acre decline in yield potential (-27 mb) to 49.14 bushels in the Pro Ag proprietary yield model. With 155 million bushels projected ending stocks and current yields between 0.7 bu. and 1.7 bu./acre too high (1.7 bu. would eliminate our entire projected carryout), this is an extremely bullish development. To lose an additional 27 million bushels a week for the next five weeks would imply a run to $16, and eventually $18 soybeans. The forecast is for more of the same weather (hot/dry) for the next two weeks. So, it’s not just possible, but likely we will lose 50 mb of soy production the next two weeks, if the forecast is correct. Note our soil moisture is also rapidly declining, with topsoil down 5% this week and subsoil down 2% – the cushion against drought is evaporating fast!  The key: Will drought last another three to five weeks or even longer? Or, will the weather pattern change? For reference, the weather pattern has been nearly constant all summer – hot and dry in the northwest Corn Belt, cool and wet everywhere else. Now the hot/dry forecast is centered in the middle of the Corn Belt. Corn is not nearly as much at risk as soybeans the next five weeks (mostly August). Corn silking is currently 79% (6% ahead of normal), and 18% is in the dough stage (1% ahead of normal).  So, 18% of the corn cannot be hurt by weather today and going forward. The same cannot be said of soybeans. In fact, double-cropped soybeans have virtually all the risk left for yield potential as they are mostly planted in late June/July. Corn yields can be affected, as evidenced by the 1% decline in G/E ratings last week to 64% rated G/E, with the Pro Ag yield dropped 0.8 bu/acre to 177.9 bushels (1.6 bu. below USDA). We lost about 72 mb of production last week, but it will be affected less each week going forward so the max production loss now might be 3 to 5 bu./acre (about 270 mb to 450 mb). That will not eliminate the ending stocks currently projected, but it would cut it as much as one-third. So while the yield loss potential is bullish for the corn market, it’s not as bullish as soybeans. No question, current forecasts/supply conditions are the most bullish for soybeans of the year. Perhaps that means we are close to a market top? In the weekly seminar Saturday morning (link below), we outlined some great reasons why current corn/soys chart patterns do not look like typical market tops. But perhaps it is coming shortly? We note that HRS wheat and barley continue their rapid decline to the worst conditions in U.S. history. HRS dropped 2% to only 9% G/E rating compared with 70% last year; this is a disaster of historic proportions!! Barley conditions declined an astounding 5% to 22% rated G/E (vs. 80% last year). Harvest is beginning, but it won’t take long since a lot has already been harvested in the form of baled hay as the crop was a complete failure in many Western areas. With 25% to 75% of normal yields expected in the East, it won’t take long to harvest that, either. But while it’s being harvested, since HRS wheat producers have the highest price in seven to eight years, it’s likely a lot will be sold off the combine (and may pressure prices for the few weeks it takes to complete harvest). We note that even sorghum conditions declined 2% (to 66%) last week as there was little rain anywhere in the U.S. production area. But most Southern U.S. crops (like sorghum) are rated pretty high yet as the summer has been perfect in Southern areas to date (and record yields are possible there). Winter wheat is 84% harvested, 3% ahead of normal, and winter wheat largely escaped the drought impacts in 2021. However, lingering drought into fall 2021 could impact 2022 crop prospects as well. So, the next five weeks will be very interesting. What will the weather bring? Will we lower soybean yields another bushel or more, and wipe out our entire carryout currently projected? Or, will rain (which currently isn’t in the forecast) rescue the crop? It’s time to place your bets, as the roulette wheel of summer weather is still spinning! Source - https://www.agriculture.com
EVENTS