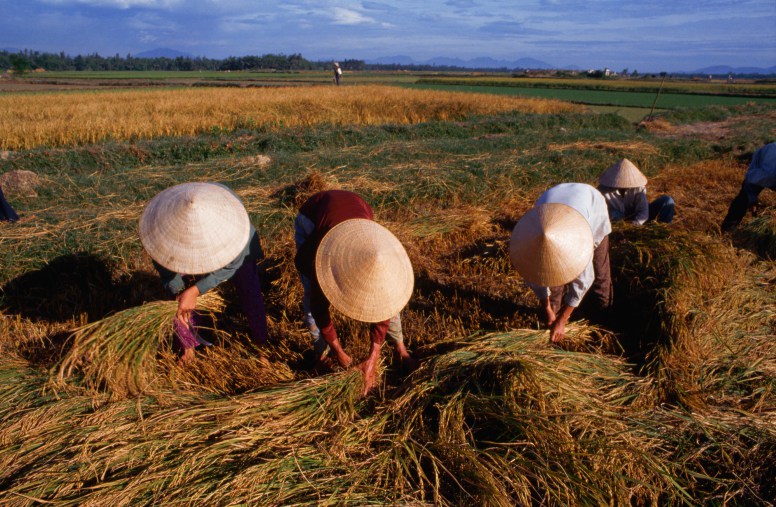 22.03.2018 363 views
In mid-March, residents in some coastal areas in the Mekong Delta began complaining about fresh water shortage. Farmers who had just finished harvesting of the winter-spring crop are now hurrying to sow the summer-autumn crop. Fresh water is getting scarce because of rising sea water levels and saline intrusion, damaging agricultural production and affecting people’s lives. Climate change has created many anomalous weather forms with natural disasters, storms, floods and salinization often occurring. According to the Ministry of Agriculture and Rural Development (MARD), natural disasters in 2017 caused total damages of VND60 trillion. The Damrey storm in November 2017 killed 100 people and affected 4 million, damaging many houses and destroying 25,000 hectares of agricultural land. Drought and saline intrusion have become a burning problem for the Mekong Delta. In previous years, farmers only left for short periods in the flooding season and then came back to resume production. Now, as drought and salinization bring more serious consequences, more people have been leaving their hometowns, flocking to large cities to earn a living. As a result, land has been left uncultivated. A scientist from Can Tho University said some localities in Mekong Delta have become deserted as young men have left for cities, while only old people and women stay in their home villages. Scientists have repeatedly voiced their concern about the appearance of more hydropower dams on Mekong’s upper course. Before the dams appeared, about 85 million tons of alluvium reached the lower course of the Mekong River a year. But the amount of alluvium has dropped by 78 percent to 10.4 million, a big threat to the development of Mekong Delta, which has been partially formed by silt from the Mekong River for thousands of years. Jasper Abramowski, country director of GIZ, said Vietnam is one of the countries suffering extreme impact from climate change. It is estimated that Vietnam loses 1-2 percent of GDP because of the effects of climate change. Source - http://english.vietnamnet.vn
EVENTS