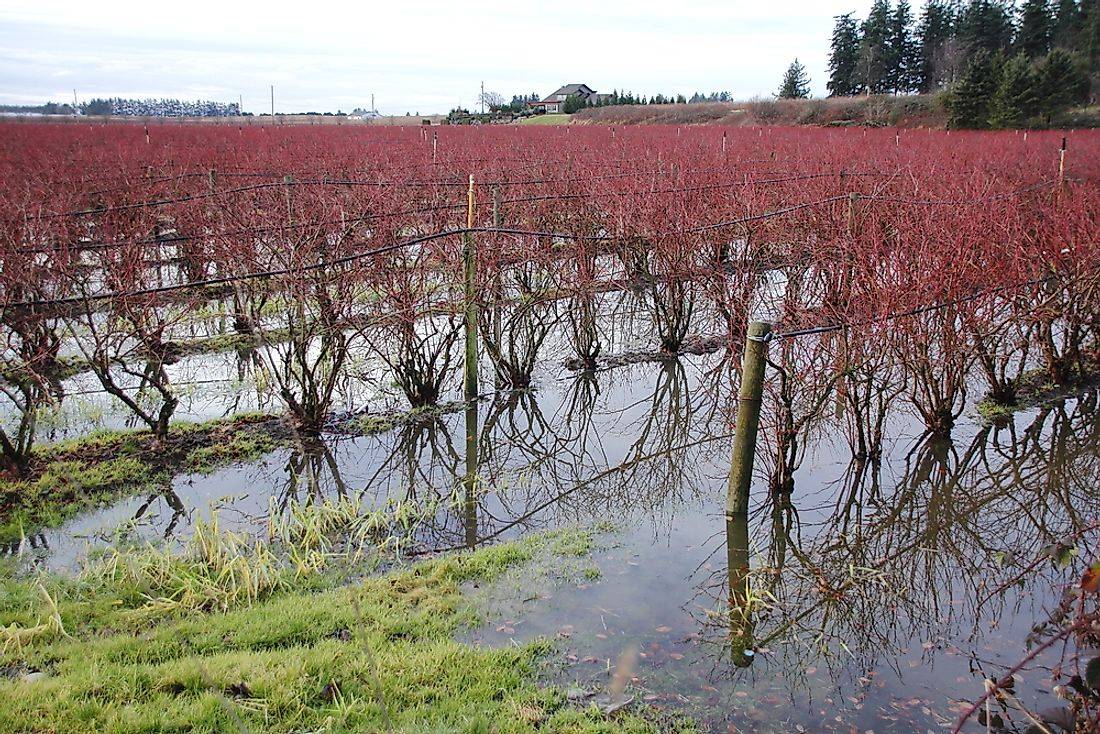 The district Agriculture Department has revised its crop loss report with the latest data and re-submitted it to the State government. The department had earlier submitted a report stating that crops were damaged in a total extent of 11,871 hectares across the district until Sunday. However, after compiling all the latest reports, the extent of crop loss has increased to a total of 62,464.41 hectares.

In the current Kharif season, crops in 29,321.37 hectares from 26 mandals were damaged. Similarly, Rabi crops in 33,143 hectares in 25 mandals of the district were under water due to heavy rains. Kharif crops such as Cotton, Paddy, Black Gram, Maize and Jute were affected in large quantities. Black Gram crop in 17,091 hectares in 18 mandals and Bengal Gram (Chana dal/Chick pea) crop in 15,241 hectares in 11 mandals was ruined due to stagnation of water.

As per official estimates, damage to Rs 35 lakh worth Black Gram and Bengal Gram crops has been reported. Currently, the officials are calculating the volume of the total damage to the agriculture sector.

District Collector Praveen Kumar visited various rainfall-hit fields in Martur and Ballikurava Mandal limits on Tuesday and spoke to the farmers about the extent of crop damages. He directed the officials to expedite the crop damages survey and ensure that each and every farmer who lost their crops should get all possible support from the government.

“We have collected the crop loss data through our field staff and submitted the revised report to the government. As the enumeration of some parts of the district is under process, the reports will be sent again to the government with updated information,” Joint Director of Agriculture (JDA), Srinivasa Rao told TNIE.

As many as 45 mandals in the district were badly affected due to the incessant rains. Some mandals have also reported property loss. A total of 150 houses were ruined, making the owners homeless. Authorities provided temporary shelters to them  immediately.