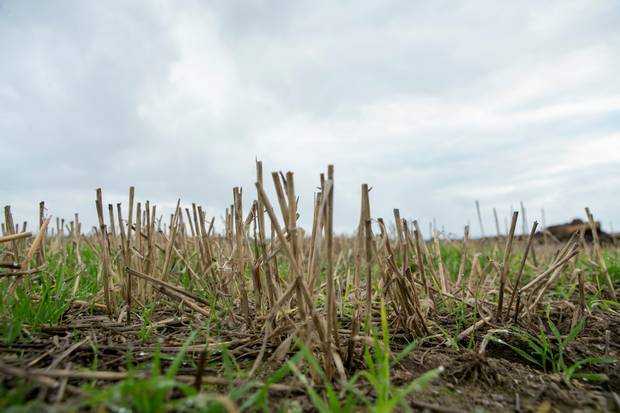 04.11.2019 225 views
Excessive rains and an October snowstorm have stalled the harvest in the U.S. grain belt’s northern tier, one more blow to farmers already struggling with the effects of planting delays and a trade war that has pressured commodity prices. The corn and soybean harvests are especially delayed in North Dakota and Minnesota - precisely the states suffering the most from the U.S.-China trade war due to their reliance on exporting to Asia through West Coast ports. “It’s bad, I’m not going to lie. We have just been inundated with too much water,” said Daniel Younggren, who grows sugarbeets, soybeans and wheat in Hallock, Minnesota, near the North Dakota border. In Minnesota, the No. 3 U.S. soybean producer, farmers harvested 62% of their soybeans through Oct. 27, compared with the five-year average of 93%. In North Dakota, the No. 8 soy state, farmers collected just 29% of their soybeans and 6% of their corn as they battle wet conditions that leave the ground too soft to support harvest equipment. Growers in the United States - the world’s biggest corn supplier and the second-largest soy exporter - expected a late harvest following rains that delayed planting across the Midwest last spring. But storms struck again this autumn, saturating the Corn Belt’s northern tier at a time when shorter, cooler days limit evaporation. Grand Forks, North Dakota, on the Minnesota border, received 11.6 inches (29.4 cm) of rain from Sept. 1 through Oct. 24, five times the average, the National Weather Service said. Nationwide, the corn crop was 41% harvested as of Sunday and soybeans were 62% collected, according to the U.S. Department of Agriculture. That is the slowest pace in a decade, and down from the five-year-average of 61% for corn and 78% for soybeans. As the harvest drags on, farmers already stressed by tight profit margins will likely face extra costs for equipment repairs, diesel fuel and propane to dry stored grain that will not dry adequately in the field. The financial squeeze could be enough to push even more farmers out of business. “It’s been getting tougher. This year, there is a lot of fear that it could be the ‘hammer year,’” said Andy Swenson, an agricultural economist with North Dakota State University (NDSU).
He said North Dakota farmers who were unable to plant this year due to bad weather might actually be better off, if they were able to avoid production costs and collect a crop insurance payment. Minnesota and North Dakota are also the largest U.S. growers of sugarbeets, a high-value crop that Younggren said has kept his farm afloat in recent years as prices for wheat, soybeans and corn have slumped. He may be forced to abandon some sugarbeets until spring - though soybeans could still be salvaged from frozen ground. “If I’ve got to go out when it’s 18 degrees (Fahrenheit) and combine soybeans, then that’s what we are going to do,” Younggren said, adding, “In October, you are playing Russian roulette with the weather.” The late-harvest woes extend north into the Canadian Prairies, which produce more canola than any other country and some of the world’s biggest spring wheat crops. Canada is also in a diplomatic spat with China, hitting canola sales and farmers’ wallets. Source - https://www.reuters.com
EVENTS