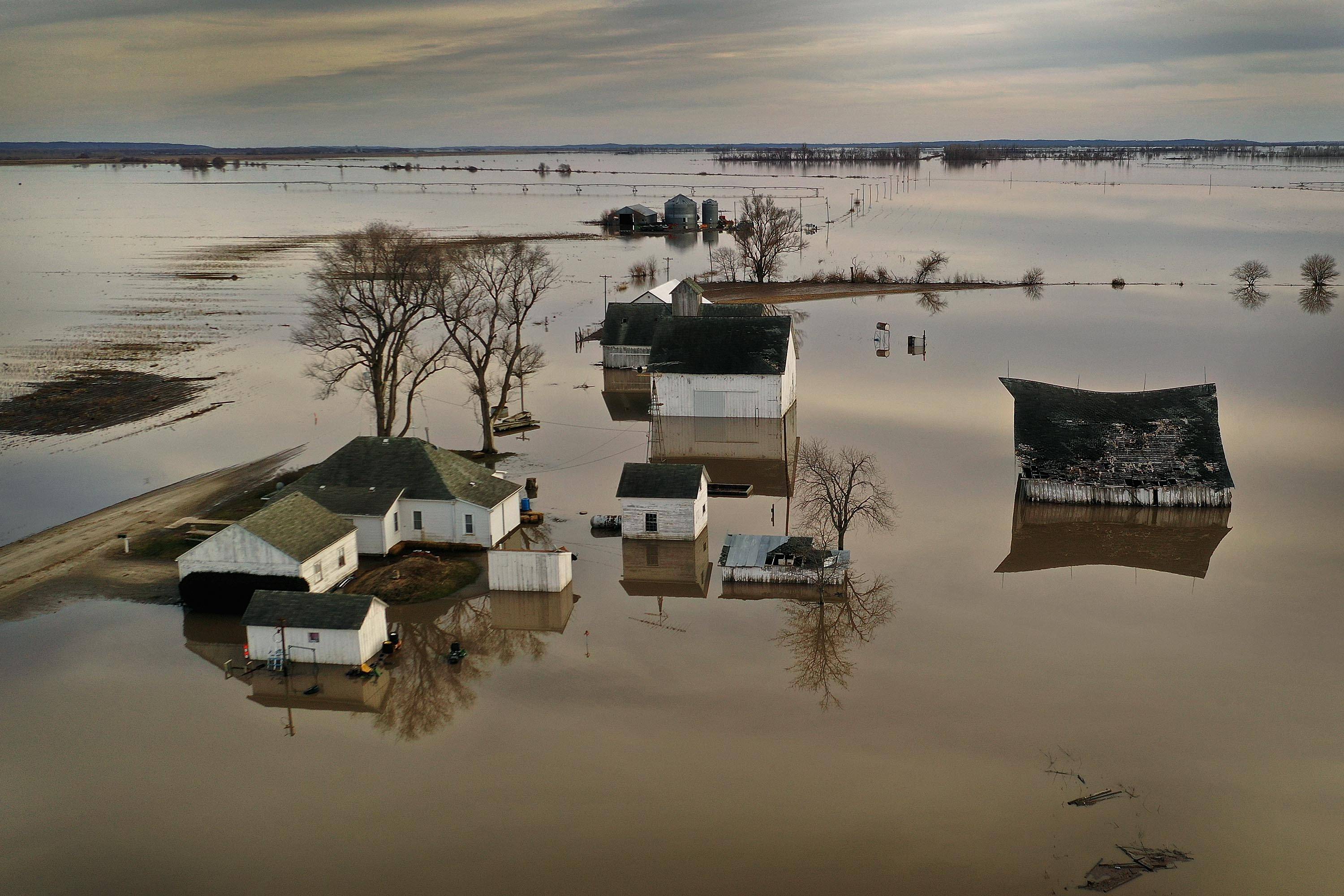 Much of Steve Verdonk’s family dairy farm is still under water.

But it’s the empty barns that cause him the most heartache.

“I’ve gone from me and my daughter working every day together in this barn to doing nothing,” he said.

Verdonk lost almost half of his small herd in the floods. He only has several dozen animals left.

“You can’t get them water. You have no grain. Your feed is compromised,” he said.

Thousands of cows were rescued from Sumas Prairie, but the B.C. Dairy Association also reports about 500 cattle have died there during the floods.

One of the problems now facing farmers is what to do with the decaying animals.

“We’ve got to get them out and dispose of them in the proper way,” Verdonk said.

Another pressing problem for farmers is the floodwaters that continue to make fields in eastern Sumas Prairie look like lakes and have turned roads into rivers.

That contaminated water is also top-of-mind for blueberry farmers with flooded fields.

“The plants roots are not getting oxygen. The water is toxic with all the contaminants. The chemicals, the manure’s in there. The fuel’s in there," said blueberry farmer Harry Sidhu.

He said his family has two farms still under eight feet of water.

“The soil itself, it’s contaminated. It’s going to need to be remediated,” he said, adding that thousands of acres of berries will need to be ripped out and replaced.

“Their eyes are welling up with tears and they’re in pain,” the minister said of the farmers she had spoke to.

“It’s going to be an enormous rebuild and we need the federal government to walk with us as a provincial government until we get these people on their feet.”

She said she doesn’t want farmers falling through the cracks.

“I feel confident that the federal government understands this situation,” she said.

The B.C. Chicken Marketing Board is still trying to gather more accurate numbers on the losses to poultry farmers.

The board's Ray Nickel said 61 chicken farms were impacted by the floods and 44 of those are on Sumas Prairie.

“Some of them are going to have to do some major rebuilding. Others it’s just a matter of getting the barns cleaned out,” Nickel said.

Jeff Spitters’ farm lost tens of thousands of birds, but they were also able to save about 20,000 with the help of the military.

But his biggest worries right now are "just getting water into our animals and ... the unknown of the storm that’s coming in.”

He said what farmers really want is to get back to farming.

Meanwhile, Verdonk said there are many questions about how this catastrophe could happen.

He wonders how Sumas Prairie and it’s people will ever recover.