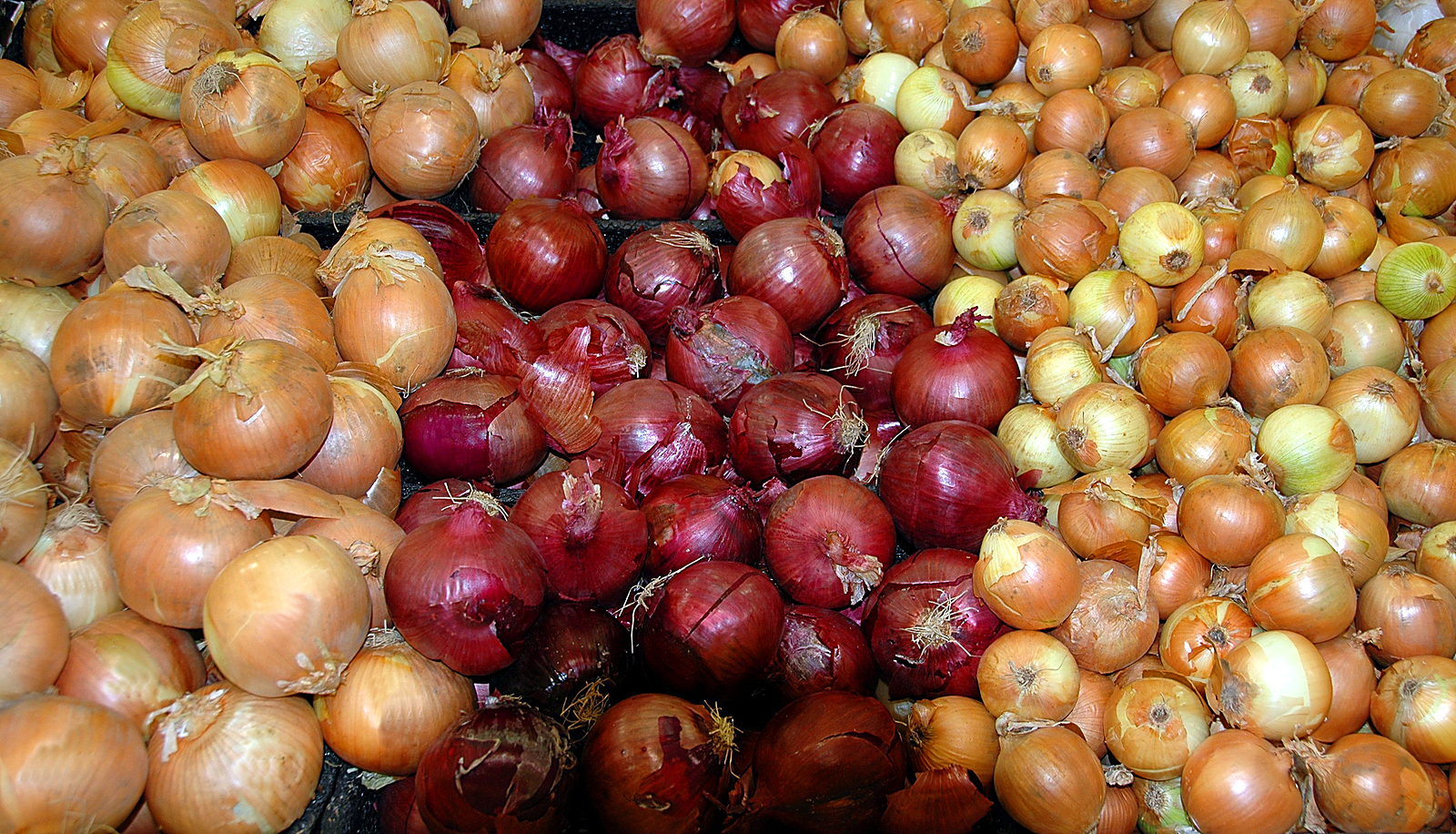 02.04.2018 122 views
New Zealand's onion crop has been slashed by at least 20 percent because of humid weather, which resulted in a leaf disease. The harvest period is wrapping up for the season, and Onions New Zealand chief executive Michael Ahern called it a mixed bag for the growers. The main problem was a leaf blight called stemphylium, which has damaged the plants. Mr Ahern: "We've had some difficulties in a number of the growing areas ... to that end we ran a crop forecast survey recently and we could be down by around 20 percent on yield ... even that could be increased by quality issues at packing time." This year is the worst case of the leaf blight that anyone in the industry can remember, he said. "No one can recall an attack by this particular fungus to this extent ... so that does point potentially to, not a new pathogen, but more changing climate conditions." The industry would pour its resources and expertise into finding solutions, Mr Ahern said. The country’s potato growers have also had a tough season, with water shortages, scorching temperatures and several large storms. Potatoes New Zealand chief executive Chris Claridge said it was a clear link to climate change. "What we're seeing is a direct impact on farmers' ability to plant and harvest potatoes, which is directly impacted on their profitability and on our ability to generate export receipts." January was the hottest month on record, and that combined with several large cyclones has directly hit farmers in the pocket. "We're seeing increasing evidence that farmers are being directly impacted by climate change, and we now have to start the conversation about climate change and how we manage it going forward," said Mr Claridge, adding that the key issue is how to make growers and farmers more resilient. Source - http://www.freshplaza.com
EVENTS