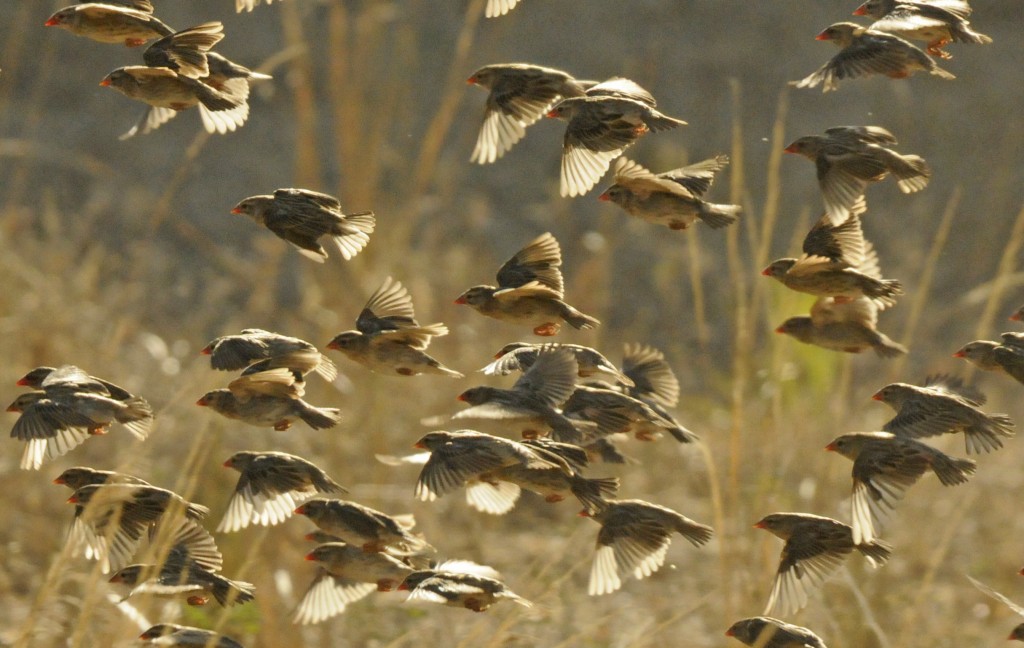 26.04.2018 218 views
Robotic lasers have been deployed to stop birds from damaging grapes at a vineyard in California for the first time. The bird-repelling technology has proved so successful it is estimated to have saved the vineyard owner more than 25,000 dollars (about £17,900) and decreased crop loss and bird nuisance by 99.8%. The tech works because birds see the approaching laser beam as a predator and take flight to seek safety, leaving the grapes undamaged. Four solar-powered lasers have been installed at Griffin’s Lair in Sonoma County, a 21-acre vineyard that had suffered from bird damage. American robins and European starlings are among the varieties of birds responsible. Owners Jim and Joan Griffin had previously spent money on netting and manpower to keep birds at a distance. “We tried many different bird-deterrent measures but most are difficult to use, and lasers make it easier and very effective,” Mr Griffin said. Netting is not effective in areas where many birds are foraging or perching. The birds still can get under the net and damage the grapes. The net also makes it difficult to work on the grapes for annual pruning, fertilising or removing damaged grapes. The Agrilaser Autonomic takes advantage of a bird’s natural instincts, according to Bird Control Group, which installed the devices 12 months ago. Similar tech is also used by vineyards in Canada, Argentina and Australia, although this is the first time it has been used on California wine grapes. Chief executive Steinar Henskes said: “I am proud of the savings Bird Control Group realised at the Griffin’s Lair vineyard. California is one of the largest grape-growing regions in the world and with our help the grape industry in California can strengthen their top position.” Source - https://home.bt.com
EVENTS