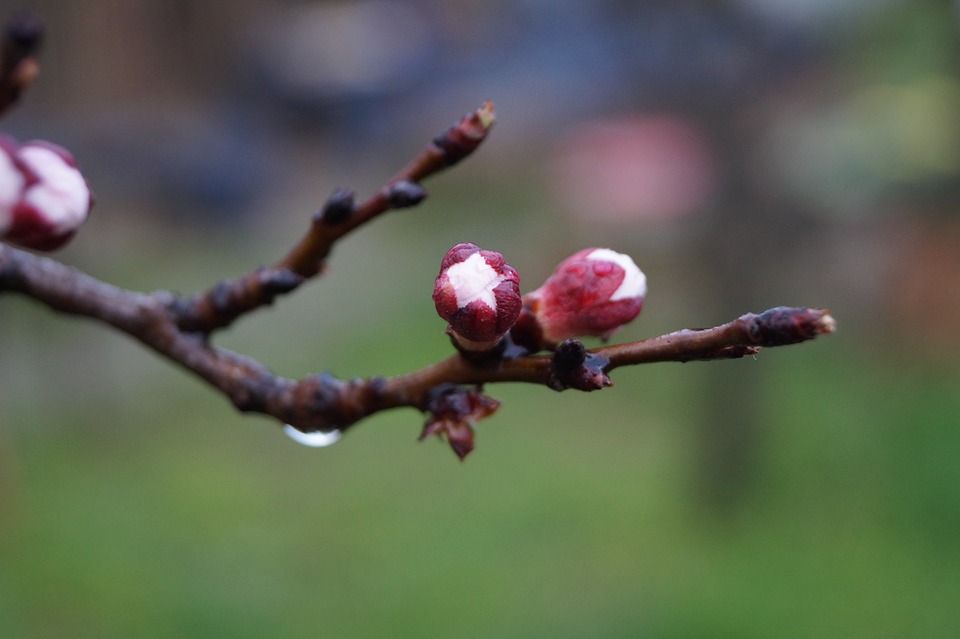 26.04.2019 18 views
After a trying winter season, local farmers are setting to work. “I think our season is progressing about where it should be,” said Robert Crane of Crane Orchards. “We were cold last night, so I did run my wind machines this morning. They serve as frost protection by moving cold air from the ground. I was able to change the temperature in my farm by about 4 degrees, which is sometimes all you need.” Each year, Crane grows apples, peaches and cherries at his farm in Fennville. While apples and cherries survived the intense winter season, peaches did not. “I have not seen a single live peach bud on my farm over 15 acres,” Crane said. “It’s that way across most of the state, and that’s something people will need to be prepared for. The peach season is another year off now.” According to Crane, peaches are more vulnerable to moisture during the winter than apples or cherries. “That’s why peaches are raised along the lakeshore,” he said. “Because we’re normally protected. But the night we had that supermoon, that was the night we got hurt. We had a light east wind and, when you get that, you have no protection anymore. That was devastating.” Blueberries can also be marked as survivors of the cold season. “I don’t raise them myself,” Crane said. “But I’m hearing they’re fine, too.” In the early spring and summer months, Crane is focused mainly on protecting his crops. “I’m different from other farms,” he said. “Our produce is really sold July through October — and we’re skipping August because of peach season. But our season is well underway when it comes to protecting the crop. If you start early, you have a lot less work and material required later.” Although fruit produce is still several months away, vegetable farmers are already harvesting crops. “Starting now, we’ll have spinach and kale and radishes out of the field,” said Mitch Visser of Crisp Country Acres in Holland Township. “Then it won’t be long before we’re into some peas and asparagus.” According to Visser, vegetables are less affected by erratic winter weather than fruits. “The only thing we really need to be concerned about in the winter is enough snow cover on the strawberries,” he said. “And we had enough snow at the critical point, so they seem to be coming out of dormancy really well. “The nice thing about vegetables is that a lot of them are in the greenhouse right now. They’re just not as susceptible to these winter temperatures.”
For those looking to purchase local produce, Crisp Country Acres has a year-round market at 5888 120th Avenue. In addition to fruits and vegetables, the market has meat, dairy and honey.
“Customers can come and get fresh food for their families six days a week,” Visser said. “It’s not just seasonal. Fresh food is not far away.” The Holland Farmers Market will begin on Wednesday, May 15, at the Holland Civic Center. It will continue every Wednesday and Saturday from 8 a.m.-3 p.m. through Dec. 21. This year, market visitors should expect a few changes. “We’re going to have vendors both inside and outside all season long,” said Kara de Alvare, marketing coordinator for Downtown Holland. “We had the indoor winter market, but we’ll have vendors inside throughout the regular season too.” There will also be a new summer night market on Mondays from 5-8 p.m. in June, July and August. “We’ve gotten a lot of positive feedback on that,” de Alvare said. “It’s actually going to be in the Civic Center parking lot. They sort of extended the circle out and strung lights, so we’ll start there and — depending on the number of vendors we get — we may end up expanding it.”
Several new workshops and classes will be available throughout the season.
“We’ll have yoga the first Wednesday of each month,” de Alvare said. “And we’ll have a series of speakers, as well. They’ll talk about a number of topics related to sustainability and farming at home. Those will take place inside the Civic Center on the second floor.” Source - https://www.hollandsentinel.com/
EVENTS