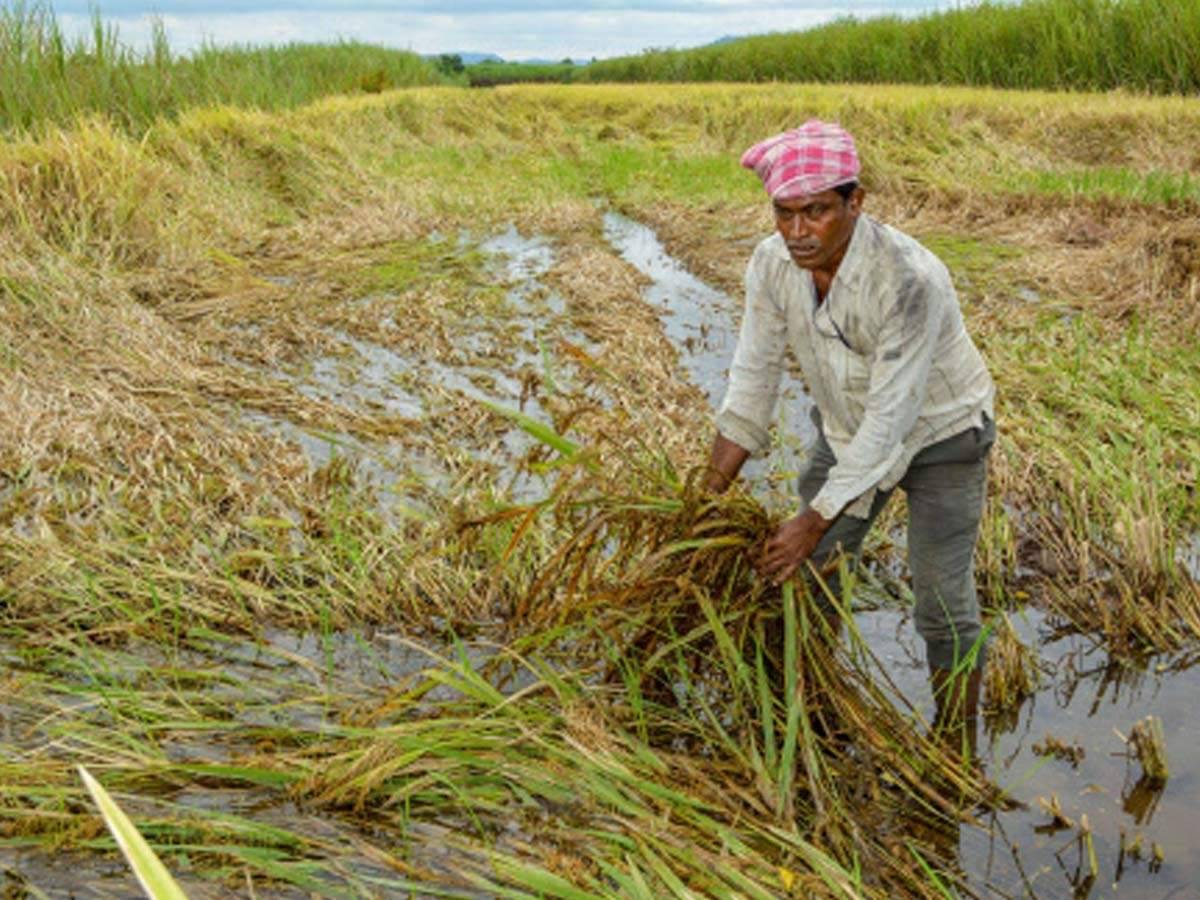 Rains lashing several parts of Punjab are likely to cause damage to crops especially basmati paddy at various places in the state, officials said on Sunday.

Paddy harvesting is also likely to be delayed because of rains, they further said.

Rains lashed several parts of Punjab and Haryana on Sunday leading to a dip in the day temperature. Rain and hailstorm had lashed some places in Punjab on Saturday.

According to officials of the state agriculture department, rains are likely to impact crop yield in areas including Gurdaspur, Amritsar, Ferozepur, Rupnagar and Pathankot.

Gurdaspur district administration on Sunday ordered 'girdawari' for assessment of crop loss caused by heavy rains and hailstorm on October 23 and also asked the concerned officials to submit a report of any loss to the standing crop within a week.

Rains also brought misery for farmers who brought harvested paddy to grain markets for procurement by government agencies. There were reports of paddy getting wet at some places because of rain.

Punjab Chief Minister Charanjit Singh Channi on Sunday directed the deputy commissioners to immediately put in place measures to ensure that farmers do not face any problem in mandis due to rain.

"Any issue of water logging in mandis must be dealt urgently by Mandi Board, Municipal Corporations, Municipal Councils and Panchayats," Channi said in a tweet.

Meanwhile, the Shiromani Akali Dal (SAD) asked the Punjab CM to order 'girdawari' to ascertain the damage caused to crops due to hail storm and heavy rain during the last few days at various places in the state.

In a statement here, former minister Bikram Singh Majithia said the chief minister should not only order an immediate 'girdawari but also set a time frame for award of compensation to farmers.

Farmers are yet to get any compensation for crop damages they suffered due to widespread rain in September this year. Even the girdwari process for the same was not completed on time. Similarly the government has dragged its feet in conducting a survey of the damage caused due to pink bollworm attack on the cotton crop, he said.